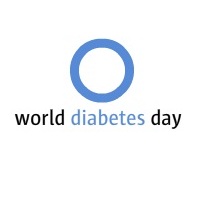 The opening ceremony of the exhibition was held under the patronage of the College of Medicine and University Hospitals Supervisor Professor Mussaad Al-Salman, who was represented at the event by Dr. Abdulaziz Al-Saif, Vice Dean for Hospital Affairs. The exhibition was entitled: “Learn, educate and protect yourself”.

The exhibition aimed to spread constructive awareness among diabetes patients and among the general public to learn about the disease, its complications, and how best to treat it.

Various educational displays and scientific lectures were featured, as well as some recreational activities and science competitions, with prizes given to the winners and ceremonial gifts to participants.

Diabetes affects a great many individuals in Saudi Arabia and the Gulf, increasing at an alarming rate according to experts, yet King Saud University scientists, physicians and administrators are endeavoring to address the problem through research, education and outreach programs.

One of the engines behind the fight against diabetes is KSU’s National Diabetes Center which has a single mission: to bring lasting improvements in the quality of life to people with diabetes.