The King Abdullah Chair for Al-Hesbah and Contemporary Applications, a collaborative program involving King Saud University and the Kingdom’s Commission for the Promotion of Virtue and Prevention of Vice, was created in 2009.

Professor Suleiman Al-Eid supervises the Chair in cooperation with Sheikh Abdul Aziz Bin Hamin Al-Humain, leader of Saudi Arabia's Commission for the Promotion of Virtue and Prevention of Vice.

Alhesbah is the Islamic doctrine dedicated to the maintenance of order within to the laws of Allah, and the Chair – according to KSU Rector Abdullah Al-Othman -- is confirmation of KSU’s mission to serve its community and support research in all specialties, including major pillars of the Saudi society’s solidity.  The doctrine is based on the Quranic precept that explains what is good and forbids what is wrong, and a concerted effort has been made to recruit professors and experts with the necessary wisdom and experience to help make the Chair a primary asset in the Kingdom.

Rector Al-Othman said the Chair is a distinguished scientific program supporting dedicated studies that helps improve government officials capabilities and enable participating to achieve the Chair’s objectives. He added that the University conducted a comprehensive search to fashion a highly-talented and experienced faculty, as well as recruiting some of the field’s most prestigious experts. 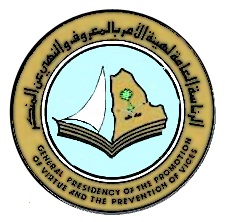 The Chair, according to the KSU Rector, aspires to create a scientific environment promoting the importance of Alhesbah studies, applications and development in a manner that serves societal reality and helps solve many problems associated to modern times. Dr. Ali Al-Ghamdi, KSU Vice Rector for Graduate Studies and Scientific Research, says that the results to date have provided a positive example for skeptics of Alhesbah.

The Chair was officially established in June of 2009 during a visit by Prince Naif bin Abdulaziz, Saudi Arabia's Minister of Interior, for the inauguration of the strategic plan for the general presidency of the Commission for the Promotion of Virtue and Prevention of Vice. In the ensuing month, Dr. Al-Othman and Sheikh Al-Humain signed a contract making the King Abdullah bin Abdulaziz Chair for Alhesbah and Contemporary Applications an official KSU chair.

The Chair’s vision is to create a scientific environment supporting studies of Al-Hesbah and its modern applications, and the upgrading of the skills of those in charge. It also has provided scholarly and financial support to research in the quest to achieve its objectives.

Those objectives include: 1) participation in modern studies of Al-Hesbah; 2) participation in the solidification of Al-Hesbah in the current reality of Muslims and highlighting Al-Hesbah as a solution for many complicated contractural, moral and social issues; 3) participation in the continued leadership of Saudi Arabia as the first nation to apply the Promotion of Virtue and Prevention of Vice; 4) upgrading the capability of those in charge of Al-Hesbah; 5) contribution to the removal of doubts about the Promotion of Virtue and Prevention of Vice; 6) emphasis of contemporary applications of Alhesbah according to legitimate rules compatible with modern requirements.

The Chair, described by Al-Humain as the first of its kind in the world, was established in July 2009 and is one of four Chairs in the Department of Islamic Studies in KSU’s College of Education. The other three chairs are: