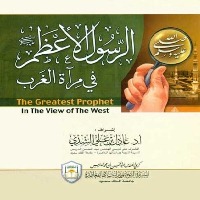 King Saud University’s "Aldrees Chair for the Biography of the Prophet and its Contemporary Studies" has published a book titled “The Greatest Prophet in the View of the West”.  The publication, authored by Dr. Abd Alradi Muhammad Abdulmohsen, is an important contribution to the ongoing dialogue between people of different religions and cultures, and emphasizes mutual understanding, cooperation and cordiality.

Dr. Abdulmohsen, a professor of Islamic philosophy and comparative religions at Cairo University, has published his book in cooperation with the Global Commission for Introducing the Messenger, an independent affiliate of the Muslim World League.

Dr. Adel bin-Ali Al-Shaddy, Chair supervisor and a professor of Islamic Culture at KSU, as well as Chairman of the Global Commission, noted the Chair’s strong faith in Professor Abdulmohsen’s publication of the book based upon his notable expertise, record of quality research and accuracy, as well as his deep understanding of the Western mind and languages.

Dr. Al-Shaddy said that this makes this book a most welcome addition to international libraries, and will eventually be translated into English, French, Spanish, and German. 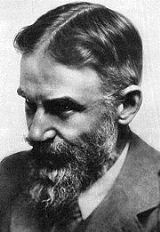 In The Greatest Prophet in the View of the West, Dr. Abdulmohsen explores the misconceptions and preconceived notions that stand in the way of a pure spirit and conscience, preventing people from appreciating extraordinary personalities that have shaped the history of humanity. Foremost among such personalities is the Prophet Muhammad (PBUH).

The book quotes prominent figures in Western civilization, in the fields of philosophy, literature, science, theology, and history of religion who have spoken highly and objectively about the Prophet. The views and convictions of such prominent individuals are used to dispel distorted impressions of the Prophet (PBUH) that have been circulated by militants, seditionists, and exploiters of the so-called "clash of civilizations". 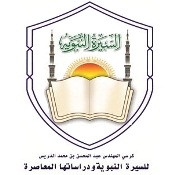 These objective and fair-minded individuals include historical greats such as Goethe, Voltaire, Gustave Le Bon, Thomas Carlyle, Montgomery Watt, John William Draper, Lamartine, Bosworth Smith and Carl Ernst, as well as a British expert on comparative religion, Karen Armstrong, who once said, “He [the Prophet (PBUH)] was a man of great kindness and sensibility. He loved animals, for example, and if he saw a cat asleep on his cloak he would not dream of disturbing it.”

Another eminent figure, historian, and ethnographer Emile Dermenghem, said that the Prophet (PBUH) commanded his soldiers to spare the feeble, the old, the women and the children and he

forbade them from destroying houses, making off with harvest or cutting down fruits trees.”

The book revolves around three themes:

“The Greatest Prophet and the West”, which displays opinions of objective and fair-minded people in the West acknowledging the greatness of the Prophet (PBUH).
“Attributes of the Greatest Prophet”, which presents the attributes and the qualities of the Prophet as stated by notable Western thinkers.
“Correcting misconceptions about the Prophet in the West”, which details how Western intellectuals’ efforts to counter widely held fallacies are a perquisite to increased cultural rapprochement between East and West.

Dr. Abdulmohsen’s book provides the various testimonials in their original language so as to ensure their accuracy and integrity.

The Aldrees Chair for the Biography of the Prophet and its Contemporary Studies was launched on October 16, 2010 as a comprehensive program that emphasizes quality research and methodologies needed for documenting the biography of the Prophet (PBUH). The Chair also provides financial and advisory support to scholars of the field.

The Muslim World League is one of the largest Islamic non-governmental organizations. Muslim religious figures from 22 states founded in Makkah in 1962.