Three students from King Saud University’s College of Engineering have designed an electric power measuring device that has scientific advantages that serve the housing sector. 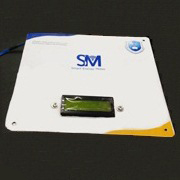 The GSM for Mobil Communications network is the standard system used by approximately 80 percent of mobile phone networks around the world.

Once the data us analyzed and the customers cost is determined, the company sends an invoice by e-mail or SMS to the customers upon their request. Customers also will be able to access their accounts on the electricity company’s website to determine their expenditures during a particular period so they can discover how they can reduce their electrical usage.

This new device is noted for its low cost compared to similar devices, the construction cost to the college being $800.

A program using Java script for use with smart mobile phones also has been developed to allow the phone user to check his electricity bill and its details at any time. If the GSM emitter fails, the device can communicate with all energy measurement devices by using a new network protocol called ZigBee, which is comparable to Bluetooth (a proprietary open wireless technology),  but consumes much less energy.

ZigBee, the name referring to the waggle dance of honey bees after their return to the beehive, is a low-cost, low power wireless mesh network standard. The low cost allows technology to be a widely deployed in wireless control and monitoring applications.

ZigBee is capable of establishing a local network with the other measuring devices, allowing the electricity company to know the rate of consumption of any user, using any measuring device in the vicinity.

The new measuring system also allows the electricity company to change and update its rates for each kilowatt hour, enabling the company to increase the price at peak periods of consumption. The company will be able to send the new rates to customers.

The students tested their invention in several locations, including the high-voltage plant and the electric power applications lab in the College of Engineering. They measured various power output using the device and determined the exact distribution and then demonstrated the ability to send the data to the electricity company.

KSU’s Saudi Aramco Chair in Electrical Power agreed to underwrite all financial and technical support to the project, illustrating a commitment to research partnerships with students.

The students said the device was designed during their graduation project supervised by Dr. Essam A. Al-Ammar, Associate Professor in the Electrical Engineering Department. Dr. Al-Ammar urged the students employ their optimal skills and knowledge and emphasized the importance of their endeavor in scientific revolution. He explained that invention requires considerable research, development and patience to produce an item efficient and valuable enough to fulfill a societal need.

Professor Al-Ammar said that another project is being developed, using Power Line Communication (PLC) technology to secure a patent, and enthusiastically discussed the device’s potential -- PLC being a system for carrying data on a conductor that is also used for electric power transmission. 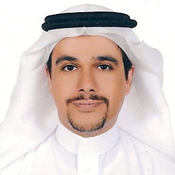 The vice rector encouraged further development of the device, sponsored and paid for by KSU, adding that the university supports any project deemed to be beneficial to the community. He called on students to take part in the higher education Student Scientific Symposium.he design team has met with Dr. Ali Al-Ghamdi, KSU’s vice rector for graduate studies and scientific research, and described the device to the vice rector whose response, according to the professor, was enthusiastic. He said that Dr. Al-Ghamdi considered the device to be a reflection of the Kingdom’s rapid technical development and expects that it will be a source of pride for King Saud University.