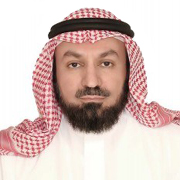 Professor Al-Mhaidib’s appointment was made by Saudi Minister of Higher Education Dr. Khalid Al-Angari. Dr. Al-Mhaibid most recently was vice dean for the College of Engineering’s development of quality and a professor of geotechnical engineering in KSU’s department of civil engineering.

Accepting the two-year appointment, Al-Mhaibid replaced Dr. Awad Ali-Karni, KSU’s Dean of Quality since 2008 and a professor in the university’s department of civil engineering.

The Dean of Quality and the board, chaired by KSU Rector his staff have a lengthy list of objectives involving all aspects of the university operation. They wide variety of tasks involved with university administration and faculty operations. They advise, promote, encourage, evaluate, supervise, coordinate, organize and in general undertake all that is necessary to fulfill the university’s objectives in all aspects of academic and administrative operations. 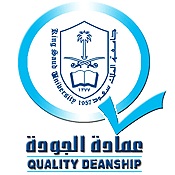 His honors include The Custodian of the 2008 Two Holy Mosques Abdullah Bin Abdul Aziz International Award for his translation of John Cernica’s book, “Geotechnical Engineering: Soil Mechanics. He also won the 2009 Kuwait Foundation for Advancement of Sciences Award for the best translated book in science, once again for translation of Cernica’s book.