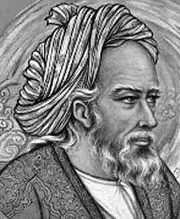 A lecture entitled “Omar Al-Khayyam, the Oppressed Philosopher” was presented recently by Dr. Bassam Rababia, Professor of Persian language and literature in the King Saud University College of Languages & Translation’s department of modern languages and translation.

Ghiyath al-Din Abul Fateh Omar Ibn Ibrahim al-Khayyam, the son of a Persian tent maker (Khayyam means tentmaker) was born in Nishapur, the provincial capital of Khursan, around 1044 A.D. He died in the same city in approximately 1131, but traveled significantly between his birth and death.

Little is known of his early years, but he became a man of incredible intelligence: philosopher, mathematician, astronomer and poet. He also wrote treatises on Islamic theologies, mechanics, geography, mineralogy and music. He lived in a time that did not make life easy for learned men unless they had support of a ruler at one of the many courts, but before he was 25 years he had written several works including Problems of Arithmetic, a book on music and one on algebra.

In 1074, Khayyam gave a lecture in Ray (today’s Tehran) and gained the favor of Malikshah Jalal al-Din, a powerful sultan who invited him to Isfahan where he led a team of astronomers in developing an accurate solar calendar which they accomplished. The year was measured to be 365.242186 days, a length that centuries later is the standard.

He would spend 18 productive years in Esfahan, but the sultan died, funding for the observatory was ceased and when the sultan’s family turned against him he launched his haji or pilgrimage to Mecca and Medina.

He eventually returned to his native Nishapur, where he was renowned for his works, and continued to teach mathematics, astronomy and even medicine. Upon his death, he was buried in the Khayyam Garden at the mausoleum of Imamzadeh Mahruq. In 1963, the mausoleum was constructed on the site by Hooshang Seyhoun. 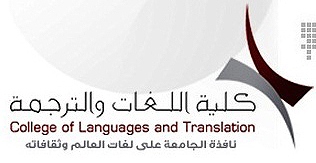 His significance as a philosopher and teacher, and his few remaining philosophical works, have not received the same attention as his scientific and poetic writings. Outside Iran and Persian-speaking countries, Khayyam has had an impact on literature and societies through the translation of his works and popularization by other scholars.

Outside Iran and Persian speaking countries, Khayyám has had an impact on literature and societies through a plethora of translations. The greatest such impact was in English-speaking countries; the English scholar Thomas Hyde (1636–1703) was the first non-Persian to study him, while the most influential of all was Edward FitzGerald (1809–83) who made Khayyám the most famous Eastern poet in the West in what has become known as the Rubaiyyat of Omar Khayyam.

Many believe that FitzGerald interpreted A poem, but rather – Fitzgerald’s efforts in the 1850s involved translation of a collection of Khayyam poems, rubaiyat a Persian term for a poem written in four-line iambic pentameter. Khayyam is believed to have written thousands of poems.

The legendary Khayyam is believed to have written more than a thousand robaiyats.