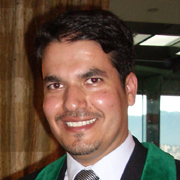 In an interview with Alriyadh newspaper,” a King Saud University associate professor in the KSU College of Dentistry said he believes that the inclusion of dental care in the nation’s health insurance plans would significantly curtail a major problem in all age groups, particularly among children.

According to Dr. Mohammad Al Obaida, an expert in root canal and teeth treatment and an associate professor in KSU’s department of restorative dental sciences, nine of ten  7-year-olds have tooth decay and 93 percent of children 6- and 7-years old. Dr. Al Obaida said the rate for children in the latter age group in Great Britain is virtually non-existent, 24 percent in the United States and 39 percent  in Ireland.

Official statistics reveal that the Kingdom has the greatest number of tooth decay cases in the world, and teeth and mouth disease rates have reached record proportions. Dr. Al Obaida emphasized that many developed nations have succeeded in sharply reducing their tooth-decay rates through preventative programs and health awareness education.

“I propose a program in which the government buys an insurance policy for each student in the first year of elementary school, via insurance companies, and these companies should fulfill three duties: cleaning teeth, polishing team and providing training on the proper use of oral and tooth hygiene,” he said. “This would involve training the parents accompanying their children and manufacturing the protective cover which is the key step to protect the four permanent teeth which are newly visible in 6- to 7-year-old children.

Medical insurance workers indicate that insurance companies can be contracted to present these services to students, making sure they are offered as required. The contract mechanism and policy cost can be studied in detail.

“The program would certainly reduce families’ financial burdens resulting from their children’s tooth decay. It would reduce private and public spending on dental treatments and reduce the strain on Ministry of Health clinics and private clinics,” Dr. Al Obaida said. “The program also would contribute to a generation free from mouth and tooth diseases and would reduce school absences, alleviating the educational impact of tooth decay.

“The application of this project will greatly benefit the nation and the citizenry,” Dr. Al Obaida continued, “especially those with reduced incomes or no good health coverage. Every Riyal spent on prevention will save 50 riyals. The price of this insurance policy for the student will be approximately 50 riyals, but will save the state more than 5,000 riyals.”

Finance, however, is just the top priority of an overall program involving several other factors.

Another important strategy would be the addition of fluoride in the drinking water and using adhesive plastic tooth covers that are normally painted over the grinding surface of the tooth to seal cracks in the back teeth as soon as they emerge in the child’s mouth at age 6. The fluoride is critical when one considers that it reduces tooth decay by 29 percent when applied four times in two years and 47 percent when applied six times in three years

“Fluoridation can make tooth enamel more immune against acids produced by bacteria and therefore tooth decay,” Dr. Al Obaida said. “Fluoride hinders the dissolution of the tooth enamel by the acid. It stimulates the remineralization (calcium enrichment through saliva) of early defects and hinders the plaque bacteria’s production of acids.

“Fluoride is used locally in the form of varnish or jelly for fluoridization.” 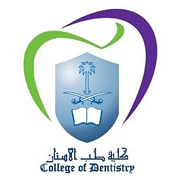 The application of cavity fillers to permanent teeth could also be a major factor. These fillers are known for their effectiveness against tooth decay which reaches 83 percent in one year and 53 over 15 years.

“I hope decision makers in the Kingdom’s health sector will adopt this program in concept and content, as it features unconventional methods of prevention and awareness to reduce the high rate of affliction with tooth diseases,” Dr. Al Obaida said. “This high rate will make the national economy lose tens of billions of riyals in years if prevention and unconventional measures are not taken soon.”