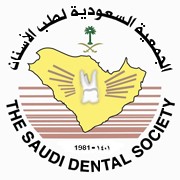 For the third straight year, King Saud University’s Saudi Dental Society has been awarded first place (category A) by the University’s Department of International Cooperation and Scientific Societies.

The Dental Society was also listed in the Rector’s Honors Roll of KSU's distinguished scientific societies for the first quarter of the school year. The Society also won the certificate for Distinguished Performance according to the results of the scientific society’s aptitude evaluation in 2011-2012.

On the occasion of winning top honors, Dr. Ahmed M. Al-Kahtani, President of the Saudi Dental Society, was awarded a letter from Dr. Ahmed S. Al-Aameri, KSU Vice Rector for Graduate Studies and Scientific Research, thanking him for his and his administration's efforts.

The Dental Society was established in 1981 and is headquartered in KSU’s Dental School.  In 1989, the Society founded its official publication, the Saudi Dental Journal, which is dedicated to the continuing professional development of dentistry in Saudi Arabia and other Arab countries.