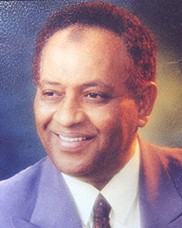 King Saud University’s Dr. Mutasim Ibrahim Khalil of the Science College’s Chemistry Department was recently granted European Patent Number EP 2505558B1 for his invention titled, “Process for Preparing Magnetite (Fe3O4) and Derivatives Thereof.”  The derivatives mentioned are ferrogels and spinels, and all three have the element iron in common.

The advantage of Dr. Khalil’s invention lies in its experimental simplicity, the ease of obtaining products for use, its economic feasibility, and because its operation is “green” and environmentally benign.  Only one iron compound is used, so the method is very cost-effective with a 33% reduction in material costs, but still providing a very high yield.

Magnetite is a naturally occurring iron oxide mineral and is the most magnetic of all naturally occurring minerals.  Spinels are minerals characterized by their hardness, and ferrogels are a combination of different vitamins and iron found in foods and other natural resources.

The applications and uses of the three are many, including use in the industrial, environmental, medical and pharmaceutical fields.  Some uses include: as a pigment; in polishing compounds; as an ultraviolet radiation absorber and thus a protector of paints and polymers against thermal degradation; and in glass.  They are non-toxic and therefore are used in coloring foods, pharmaceuticals and cosmetics.

They are a good reducing agent and so are used for depleting toxic metallic pollutants from drinking and sewage waters, and in detoxification in general.  They are also used in the process of extracting radioneuclides (radioactive isotopes) from nuclear waste.

Dr. Khalid Al-Saleh, Director of the Intellectual Property and Technology Licensing Program, stated that due to the high marketing value of this invention, the patent protection has been extended to expand its marketing base.  The invention is filed in Saudi Arabia and the International Patent Office, according to the Patent Cooperation Treaty, which includes 146 countries and international entities.