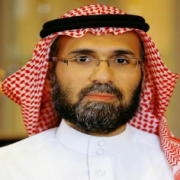 King Saud University's Deanship of e- Transaction and Communication will celebrate a number of achievements this year at the upcoming Annual Day for Information Technology.

In the lead up to the day, Mohammed Alnuem, the vice dean of development and quality at the Deanship outlined just some of the achievements seen in customer care, information security, and IT service provision at KSU.

Alnuem said this past year has seen particular achievement in the management of customer care, with the number of phone calls received hitting 32,000.

So far, 5871 people have received a license with 3200 of these receiving official certificates.

In addition to that, a campaign to raise awareness of information security through the distribution of 30,000 information brochures was organized. As well as this, the Preparatory Year Deanship has signed a cooperation agreement with the Deanship of Faculty Personnel Affairs so they can access the reports system. 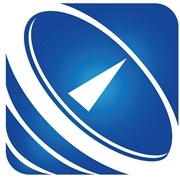 The deanship has also purchased a car to facilitate internal transportation of requests, and has created a manual of the administrative procedures and other functions related to administration.

The department has also connected 50 computers with KSU’s domain, for statistical analysis as part of the SAS workshop program.

In addition to that, they organized the 'We came to serve you' campaign, which helps people to optimise their computers for study and for business.

So far the deanship has organized 14 workshops, in addition to providing 30 computers for the College of Arts, 407 to the College of Languages ​​and Translation and 15 to the central warehouse and project management department. 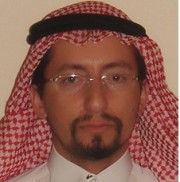 Jalal Al-Muhtadi, vice dean for Technical Affairs said the deanship has organised collaborations with many international partners, such as Microsoft, CISCO and EMC2,and has worked hard to foster strong strategic relationships with them.

KSU is also working closely with Microsoft, who chose KSU as of of the first organisations to use its latest products, the Exchange Server 2013 and the Lync 2013, long before their public release. The main reason KSU was chosen to work on the roll out was based on the achievements of the university in the field of technology, its large number of users and the steady development of online services at KSU. Microsoft also cited the technical superiority of KSU and its highly integrated IT infrastructure. This is how the university has been able to become the first in the Middle East and Africa to adopt this new mail systems before they are available on the market. 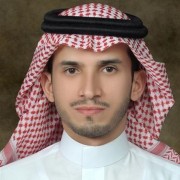 Waleed Alsalih, Vice Dean for Projects and Online Services at the deanship said that following expansion over the last few years in the number, and variety, of e-services provided by KSU, the deanship has developed a unified portal for these services, allowing users to access them all from one unified place, utilizing only one user name and password, saving time and making access easier for everyone.

The deanship has also worked with the Deanship of Scientific Research to develop a unified database system for KSU’s scientific research, which will be the official source of data for researchers. This includes published research, books, masters, doctoral theses and dissertations.

The deanship is also working on launching a new website editing tool called “Wizard,” which is easy to use and makes the management and establishment of websites simpler. 'Wizard' will mainly be used to manage websites that form part of KSU's portal for research projects such as the National Plan for Science and Technology.

Tech Day will be launched this Wednesday April 24 at 10am at the Hamid Al-Jasser Hall on KSU's main Riyadh campus.