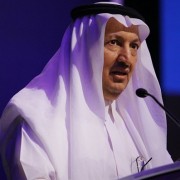 King Saud University celebrated its first annual Technology Day last week with a formal ceremony at the Riyadh campus’ Hamad Al-Jasser hall attended by staff and faculty from across the university on Wednesday.

The event saw KSU’s Deanship of e-Transactions and Communications celebrate the latest IT achievements at the university, while also official launch a number of new e-services and applications now available to KSU faculty, staff, and students, including a brand new main website, and the Virtual Tour service.

The event opened with a recital from the Holy Quran using the Deanship's recently developed e-Quran software, Ayat, and was followed by a short documentary on the history of IT at KSU, and its evolution and development. 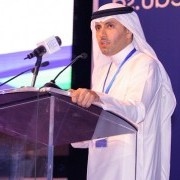 The event was attended by Abdulkader Abdullah Al Fantookh, the deputy minister for planning and information at the ministry of higher education, KSU’s vice rector, Abdulaziz Al-Ruwais, and the director general of the e-government program, Ali Bin Saleh Al-Soma.

Esam A. Alwagait, the dean of e-transactions and communications, spoke at the event, introducing many of the new e-services, and outlining the recent developments in IT services and infrastructure at KSU. 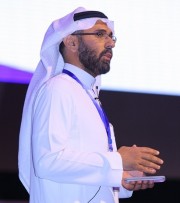 Speaking after the event, vice Rector Al-Ruwais said that although he wasn’t completely satisfied, he was “very pleased to see the cooperation of the different units of the university with the e-Deanship.”

“We can’t just stop. We have around 200 e-services that we have achieved so far, but there are still many opportunities for us to do so much more. The rate of accomplishing what we need to do should be higher than what we are doing. I’m sure there are more services that should be achieved,” he said.

In and interview with KSU News, Alwagait said that while KSU was performing well in terms of IT development compared to other universities domestically and in the region, there was room to expand service provision to more sectors both in and outside KSU, and “increase the number of e-services along with the channels that we offer them through.”

“We will not stop until hopefully we eliminate the use of paper inside the university, and I think this is a very doable goal, given that we have all the support that we want and we have the culture of IT in the university. It’s just a matter of time,” he said.

Both Al-Ruwais and Alwagait highlighted KSU’s partnership with the Ministry of Higher Education in developing Mubtath, which links KSU with the MOHE and allows Saudi scholars studying abroad to handle all administrative tasks seamlessly online.

“What we did is integrate two workflow systems, which is difficult to do inside of an organization, but with the help of our colleagues in the Ministry, we managed to get it running,” Alwagait said.

According to Alwagait, there are plans to replicate the service to other Saudi universities.

Many of the e-deanship staff who developed the new e-serivces and KSU’s new main portal attended the opening.

KSU’s director of portal and new media, Hamad Al-Qahtani, largely oversaw the development and launch of the new main portal, but stressed the importance of people to and teamwork in developing IT services for KSU.

“I really have the dream team. We can’t do anything without the PD team. They are the most important. And I always say, the most important thing is to develop people, not the hardware or the software. If you support and develop your people, you will get everything,” Al-Qahtani said.

As the projects manager in the department, Abdullah Alghadeir is one of those people.

“This day is a victory for the department. We want to make communication between the employees and staff who work here at KSU easier and more comfortable for them, and we want to get rid of paper so that all communications can be electronic,” he said.

King Saud University’s Tech Day will be held annually to celebrate and recognize the latest developments and advances in IT services at the university.