A senior government delegation from Sudan visited King Saud University last week in a tour aimed at building on academic and educational cooperation between the KSU and Sudan.

The delegation was lead by Mustafa Othman Ismail, Sudan’s minister of investment and chairman of the International University of Africa’s board of trustees, and was received by KSU rector Badran Al-Omar, Islamic studies faculty member, Prince Saud bin Salman bin Mohammed, and university representatives.

During the meeting, the two groups discussed higher education cooperation between the two countries.

The Sudanese delegation will also given a tour of KSU’s permanent exhibition and briefed on the most important development projects and programs carried out by the University, 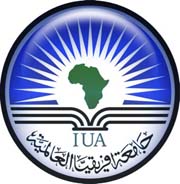 At the end of the tour Mr Ismail said that the IUA and Sudan were indebted to KSU, as a number of the country’s scientists and professors graduated from the University, and.

“Our desire is to benefit also from the experiences and expertise of this university and that there will be twining among us so that we can convey what King Saud University has reached of progress in various fields to the International University of Africa and from there to the Sudanese-African universities," he said.

During the visit, rector Al-Omar presented the Sudanese delegation with a memorial shield commemorating the visit.