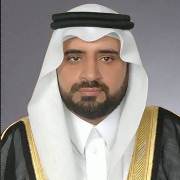 The King Abdullah Ear Specialist Center (KAESC) at King Saud University, in cooperation with the Ministry of Health, has launched the First Saudi Awareness Day for Hearing problems and Cochlear Implants, to be held on November 30th at the King Abdul Aziz Historical Center in Riyadh.

The Center is one of the world's largest, carrying out over 400 cochlear implants annually.

Dr. Hagr said the day will be an historic one that would help young people in the Kingdom become more active in society and live lives free of hearing problems.

He said the goals of the day included "highlighting hearing problems and diseases in the kingdom and the serious consequences of not interfering to treat them, while presenting the excellent capabilities in ear surgery in the Kingdom, and enhancing collaboration with competent organizations to benefit from the capabilities of King Abdullah Ear Specialist Center." 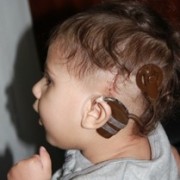 Dr. Hagr also emphasised the importance of early detection of hearing problems in newborns, and the need to increase awareness and change social attitudes about handling deafness.

Despite having highly trained medical staff and some of the world's most advanced facilities, Saudi Arabia continues to see increasing rates of hearing problems in it's population.

Plans for establishing new hearing centers around the Kingdom, including in Al Jouf, were also revealed at the press conference.

The First Saudi Awareness Day for Hearing problems and Cochlear Implants will be held under the patronage of Dr. Fahd bin Abdullah Al Zamel, the dean of KSU's College of Medicine.