The director of KSU’s Intellectual Property and Technology Licensing Program (IPTL), Thamer A. Albahkali, has called the invention, developed by Talal Ghannam, a great contribution to Generating Coherent Electromagnetic Radiation.

Talal Ghannam is working for King Abdullah Institute for Nanotechnology (KAIN)  at KSU. 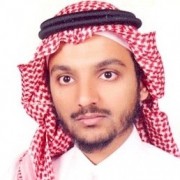 Nano-scale systems have demonstrated many novel and interesting optical properties. These systems are extremely important for future photon-based devices among many other applications. Being able to manufacture miniature light sources that have very small spectral width (e. g. lasers) is of utmost importance for science and industrial light.

It is worth mentioning that this invention also filed a patent application in US Patent Office.