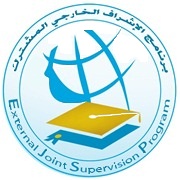 Under the External Joint Supervision Program, King Saud University hosted Professor Janet Wilson, a Professor of English and Postcolonial Studies, where she is also a Director of Research in the School of Arts at the University of Northampton in the UK. Professor Wilson visited KSU during the period of 24-27 February 2014.

Further, Professor Wilson and had several meetings with her student Mrs. Hanaa Ali Ayoub, a lecturer in the Department of English Language and Literature, and the internal supervisor Prof. Ebtisam Ali Sadiq to discuss the student’s progress in her PhD program.

Moreover, Professor Wilson also led a workshop titled "The Poetry of Fleur Adcock" which was presented to both undergraduate and post-graduate students. Furthermore, she presented a paper on “Postcolonialism Today: New Directions in the New Millennium" at the Talking Literature Conference in the Department of English Language and Literature.