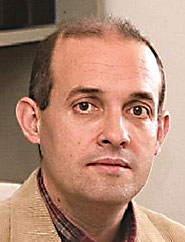 It was a busy week for Dr. Blanco. He gave lectures at KSU on October 1st and 2nd, toured desalination installations at the Saline Water Desalination Research Institute (SWDRI) in Jubail on October 3rd, and delivered four of the six lectures included in a two-day short course, “Solar Power Technologies,” sponsored by the Saudi Aramco Chair on October 4th and 5th.

His October 1st lecture at the KSU College of Engineering, “The Global Energy and Water Problems and the Role of Renewables in the Twenty-first Century,” was sponsored by the Saudi Aramco Chair in Electrical Power. Dr. Blanco suggested that world population growth is the basic root of mankind’s problems – the earth has gone from one billion early in the nineteenth century to seven billion in 2011. In the twentieth century, the world population increased by a factor of 4, water usage by a factor of 9, and energy consumption by a factor of 16. “That is simply not sustainable,” said Dr. Blanco. “We will require political will, new ideas, and innovative technologies to solve our present necessities without risking the needs of future generations.” He concluded with a short discussion of potential renewable sources of energy, including biomass, hydraulic, geothermal, wind, solar, and waves/tide, and summarized the solar technologies research and development capabilities at PSA. A large audience of keenly-interested KSU professors, researchers and students attended the event, and participated in a lively question and answer session following the lecture.

On October 2nd Dr. Blanco gave a more technical lecture, “Recent Technological Advancement in Solar Desalination,” at the KSU College of Engineering, sponsored by the Saudi Chemical Engineering Society. He covered the range of solar desalination technologies from simple solar stills to photovoltaic-reverse osmosis systems, and discussed the economic aspects of the different systems.

On October 3rd Dr. Blanco visited the Saline Water Desalination Research Institute (SWDRI) facility in Jubail, Eastern Province, accompanied by Dr. Essam Al-Ammar; Dr. Hany Al-Ansary, Chairman of the KSU Mechanical Engineering Department; and Dr. Khalid Al-Ammar, Associate Professor of the KSU Mechanical Engineering Department. SWDRI was created in 1987 to trouble-shoot operational problems in the Saline Water Conversion Corporation’s (SWCC) desalination plants, but now provides a broad range of services that includes materials testing, research and development, technology transfer, and operation of pilot plants. SWCC operates the Kingdom’s twenty-seven publicly-owned desalination plants. These supply over seventy percent of the water used in cities, as well as much of the water used by industry. Dr. Blanco said he was impressed by the successful operation of the massive production operations at Jubail, and the visitors discussed possible cooperation in future solar desalination projects.

KSU, SWDRI, the Visiting Professor Program, and the Saudi Aramco Chair should be proud of this five-day world-class showcase for advanced solar power technologies, and thankful to Dr. Blanco for sharing his expertise.

Dr. Blanco earned a Dipl. Industrial Engineering at Seville University in 1984, an M.S. in Environmental Sciences at the Ecological Research Institute at Malaga in 1994, and a PhD in Applied Physics at the University of Almería in 2002. He worked in the industrial sector as a production manager and engineer for fifteen years before joining the research and development department of Spain’s Plataforma Solar de Almería (PSA) in 1990. Since 1995 he has been the head of the CIEMAT Solar Chemistry Department of PSA, with direct responsibility for staff and scientific installations in Almería and Madrid. Also, since 1995 he has been the Spanish national representative in a Task Group of SolarPACES (Solar Power and Chemical Energy Systems), an international cooperative agreement bringing together teams of national experts to promote the development of concentrating solar power systems.

Dr. Blanco has co-authored four books, more than thirty international publications, and has made about seventy contributions to international congresses and symposia, and is frequently in demand for lectures on solar power technologies. In 2004, with fellow PSA researcher Sixto Malato, won the European Grand Prix for Innovation Award “for their investigations in the practical utilization of solar energy in the development of a new technology for the treatment of industrial hazardous non-biodegradable organic compounds using photocatalysis and solar radiation.”

King Saud University’s Saudi Aramco Chair for Electrical Power was inaugurated February 27, 2010, by KSU Rector Abdullah Al-Othman and Saudi Aramco Vice President of Engineering Services Esam Al-Bayat. The Chair’s purpose is to promote a sustainable societal partnership, achieve progress in knowledge and technology, and use the research and services that KSU provides to the Chair in the fields of energy, training and social service. The Saudi Aramco Chair is supervised by Dr. Abdul Rehman Al-Arainy, a professor in the KSU Department of Electrical Engineering. 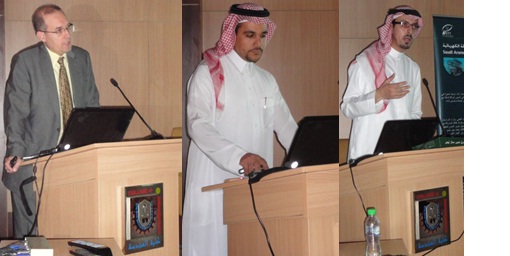 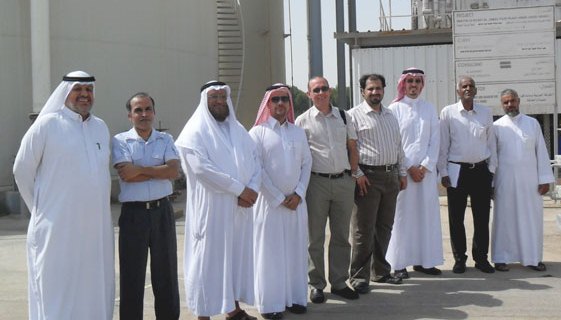