In another medical breakthrough for King Saud University, a university surgical team successfully combined a cochlear implant with an auditory brainstem implant in a 17-year-old Syrian girl.

This is only the third such operation conducted internationally and the first in the Middle East. Sponsored by Prince Salman, the surgery was conducted at KSU’s Medical City.

The girl woke up the same day and in less than 24 hours was returned to the anesthesia unit where auditory and reflex tests were immediately conducted for both implants and the operation was immediately deemed to be a complete success.

The cochlear implant (CI) is a highly successful procedure in restoring functional hearing and the Prince Sultan Research Chair for Hearing Disabilities and Implantable Devices (RCHD) has conducted several hundred cochlear implants since the RCHD was founded in 2009. Hearing disabilities are among the region’s most common medical maladies. 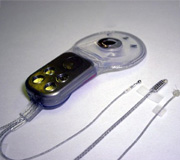 Some individuals, however, have no remaining auditory nerve and cannot benefit from a CI and receive an auditory brainstem implant (ABI), a surgical procedure first conducted in 1979. The ABI stem implant is similar in design and function to the CI, but instead of electrical stimulation to stimulate the cochlea, the ABI is used to stimulate the brain stem of the recipient.

The Syrian girl, who was suffering from meningitis, lost her hearing when she hit her head during a fall which led to an acute sensory nerve hearing loss and complete ossification of her right cochlear and partial ossification of the left cochlear.

In the surgery, doctors made use of the partially functioning left cochlear by implanting an electronic cochlear and to compensate for the ossified part of the girl’s left cochlear, an auditory brain stem implant was installed in the same location, lodged under the skin and directly linked to the brain stem. The ABI device provides a sense of sound. 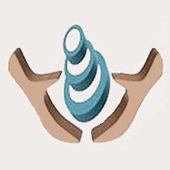 The medical team expressed deep gratitude to King Abdullah for his relentless support to every effort that benefits the country, and for agreeing that a specialized ear and hearing aid implant center that carries his name. The team also thanked Prince Salman, whose generosity allowed the young Syrian patient to receive treatment in the Kingdom, and KSU Rector Abdullah Al-Othman whose guidance continues to promote the university’s medical prominence.

The auditory brainstem implant (ABI) was the first brain implant to receive FDA approval (in 2000) as a means of partially restoring a lost human sense. In December of 1984, the cochlear implant was no longer deemed experimental surgery, having received the stamp of approval from the FDA for adults.