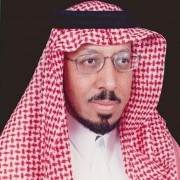 King Saud University received a patent from the US Patent Office under US 8606903 number entitled: ‘Cooperative packet routing for wireless sensor networks’ invented by Professor Sami Saleh Al-Wakeel at College of Computer and Information Sciences (CCIS ), and Najla Al-Nabhan, lecturer at College of Applied Sciences and Community Service.

Professor Al-Wakeel informed about his invention, we described a cooperative packet routing for wireless sensor networks. In one aspect, a transient sensor node in a wireless sensor network receives a packet from a source node, wherein the packet is targeted for receipt by a base station. The transient sensor node, responsive to receiving the packet, estimates how much operational energy remains in the sensor node. If the determined amount of energy meets a configurable threshold, the transient sensor node implements a set of cooperative packet routing operations for conditional re-transmission of the packet to the base station. The configurable threshold is set to ensure substantially optimal usage and lifetime of the sensor node in the wireless sensor network. The conditional re-transmission of the packet is based on a set of randomized packet re-transmission criteria.

On the occasion of the publication of this patent, Professor Al-Wakeel and Najla Al-Nabhan thanked to God for the grace and King Saud University for supporting their research in an important and advanced technical area such as wireless sensor networks.

Further, both inventors also thanks to KSU Rector Badran and former KSU Rector Abdullah Al-Othman for their support and motivation.