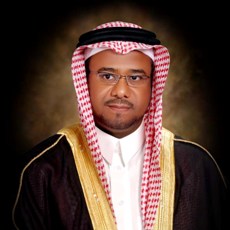 Saudi Arabia has launched a SR120 million national campaign to combat devastation by Red Palm Weevil, an effort led by 1,500 specialists in farms throughout the Kingdom, and aimed at saving millions of palm trees.

Since 1987 when the weevils surfaced in the Kingdom, they have infected tens of thousands of date palm trees, seriously threatening a multi-million dollar date industry – 21 tons annually – and the survival of a cultural icon dating back 5,000 years.

In 2010 alone, an estimated 60,000 palm trees were affected by the Red Palm Weevil, with 30,000 having to be destroyed. The weevil menace has become an international concern, with the Kingdom’s problem areas including Al-Hasa, Qatif, Al-Kharj, Wadi Al-Dawasir, Al-Diriya, Tabuk, Najran, Mecca, and Qasim.

For starters, the campaign’s major focus will be on the areas with the densest tree presence, which in the Kingdom is Al-Ahsa with 3 million palms.

After attending the 58th annual meeting of the Entomological Society of America in San Diego, California, Dr. Saleh Aldosari, King Saud University’s supervisor of the Red Palm Weevil Research Chair (RPWRC) said that “no stone will be left unturned in seeking practical solutions for detection of the weevil and the development of new electronic devices, novel methods to control the pest and others.”

The procedure will include a pesticide injected into three trees at a time on three consecutive days. It will hopefully eradicate 80 percent of the problem, a salutation that will translate into millions of palm trees. A representative of the Saudi Arabian Ministry of Agriculture said that trees would be targeted according to how badly they have been infected.

Concern has been expressed in discussions of the solution to the Red Palm Weevil problem, but Dr. P.S.P.V. Vidyasagar assured the public that the product will not be a threat to the date or environment.

“The process uses completely safe substances and does not damage to the fruit,” he emphasized. “Quantities administered are measured in a precision fashion in view of the moisture of the palm trees . . . and further depending on the height and age of the tree.”

The Red Palm Weevil eradication campaign, directed by Saudi Arabia’s Minister of Agriculture Fahd bin Abdulrahman Balghanaim, recently had a ceremonial kickoff attended by HRH Ahmed bin Abdullah Al Saud. In his address, Muhammad Bin Abdullah Al-Shiha, the Ministry's Undersecretary for Agriculture Affairs, stressed that the campaign was the product communication between the executive bodies and the farmers. 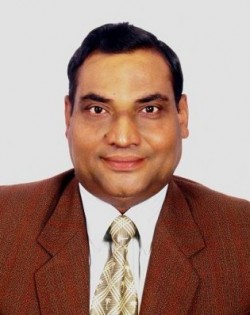 By 2009, the Red Palm Weevil’s devastation had become so profound that King Saud University organized the Red Palm Weevil Chair and named the chair’s director Dr. Aldosari and Dr. P.S.P.V. Vidyasagar, an expert international expert in plantation crop research, represented the Kingdom and KSU when they gave major presentations at the 2010 Entomological Society of America conclave attended by more than 3,200 experts in San Diego, California.

The conference, organized by the European Commission and Spain’s Ministry of Agriculture, drew nearly 30 delegates and experts from Spain, Italy, France, Portugal, Greece, Slovenia, Malta and Cyprus, plus individuals from the European Union. Among the topics were the current status of the red palm weevil, steps needed to contain the pest and applicable quarantine laws.

In San Diego, Professor Vidyasagar gave a presentation on “Management of the Red Palm Weevil, Past, Present and Future” with the latest information on the management of the pest and improvements in methods to control it.

He also spoke about the goals and focus of the Red Palm Weevil Research program at KSU. Biological control using fungi is now being evaluated by Professor Dr. Josep Anton Jacas Miret of Spain’s Universitat Jaume and IVIA, an agri-food research and development agency in Valencia.

In Europe, the red palm weevil mainly has attacked canary palms, but it also has damaged other ornamental palms. As part of the conference, a field visit allowed participants to see the recovery of a 100-year-old infested canary palm that had been treated. They also visited the research department of IVIA.

The first signs of red palm weevil destruction occurred in the 1980s in coconut palms in Southeast Asia, but the pest has worked its way toward the Mediterranean and to Egypt, where canary palms are prevalent, and Spain.

The weevils are capable of flying considerable distances, according to an online fact sheet from the European Union. Their proliferation and spread also have been helped by humans whose demand for palm trees has created a need to relocate infested trees to uninfected areas.