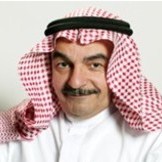 Engineer Ali Bin Saleh Al Barrak, CEO and President of Saudi Electricity Company (SEC), told an audience at King Saud University (KSU) on 29 March 2011 that the continued rise in demand for electricity in the Kingdom will present significant challenges in the coming years, including the need to preserve natural resources as well as increasing electricity generation. Ali Saleh Al Barrak, who earned a BS in Electrical Engineering at KSU in 1975 and an MS at the University of Colorado-Boulder in 1979, said this will require the coordination of efforts by every state sector, including universities, consumers, and the private sector.

Al Barrak’s address, titled “The Present and Future Challenges of the Electricity Industry in Saudi Arabia,” was presented at the KSU College of Engineering and was hosted by Professor Abdulrahman Al-Arainy, supervisor of the Saudi Aramco Research Chair in Electrical Power. The Chair was created in February 2010.

Dr. Al-Arainy said “the Chair strives to serve as a referral point for quality electrical research, building an effective partnership with all concerned bodies in the Kingdom and providing consultancy services to all public and private establishments dealing with electric power in Saudi Arabia. The Chair also strives to enhance the role of KSU in electrical power studies and research, and to create a distinguished generation of researchers and postgraduate students.”

The national demand for electricity in the Kingdom is expected to reach 80,000 megawatts (MW) in the next ten years. “The demand for energy,” Al Barrak said, “will increase by no less than 30,000 MW by 2012, and continue at an average yearly increase of 3,000 to 3,500 MW.” The minimum investment required for such a demand could reach 330 billion SAR (88 billion USD), not accounting for future price fluctuations.

To provide background on current developments, Al Barrak traced the history of the electrical industry in KSA. The industry started with small, local, joint-stock companies founded by residents, he explained. These companies covered the electrical needs of individual cities and often did not extend to nearby suburbs. In its early years KSA had but one small government project and more than seventy joint-stock companies, which generally depended on small generators and low-pressure distribution networks. However, once economic development began in earnest in the Kingdom, the State realized that less-fragmented electricity services were essential to the well being of the nation. The result was the formation – from 1977 to 1982 – of four regional Saudi Consolidated Electricity Companies (SCECOs), each providing electricity for a large region of the Kingdom.

The SCECOs initially met their three main challenges – (1) to provide electricity to all regions, cities, and small towns throughout KSA; (2) to unify energy prices throughout KSA and make energy affordable for all citizens; and (3) to allow the electricity energy infrastructure to be managed by the private sector. The companies played a vital role for twenty years, and increased power generation by a factor of sixty.

But by the late 1990s, Al Barrak said, it was obvious that there was a need to consider the restructuring of the electrical industry in a way that was even more appropriate for the future of the Kingdom as a rising market economy. In 1998 the Council of Ministers issued Resolution Number 169 calling for the establishment of the Saudi Electricity Company (SEC) as a joint-stock company owned by the State and the private sector. (Currently the government owns 74.3% of the shares; Saudi Aramco owns 6.9%; and the public owns 18.8%.) All of the regional SCECOs and the other electricity establishments responsible for bringing electricity to the rural areas and regions outside the mandate of the SCECOs were merged into SEC.

SEC began operations in 2010, and Al Barrak said the company has many significant achievements, including:

SEC is the largest electricity company in the Arab region in terms of assets and market value as well as generating capacity. It also serves the largest economy in the Middle East, and owns 85 percent of its power assets and almost 100 percent of its transmission and distribution assets. The company’s 400,000 kilometers of transmission lines serve 27 million people residing in more than 12,000 cities and villages spread over 2.25 million square kilometers. The company has 24,000 Saudi employees (86.3% of the workforce), most of them university graduates, including 3,300 engineers.

Despite these accomplishments, Al Barrak said the company faces significant economic challenges. The first revolves around the electricity selling rates – called “tariffs” – that are established by an independent agency but are far below the actual costs of electricity production. This has resulted in decreased revenues and a reduction in the number of investors, making it difficult to build up adequate reserves for peak times. Consequently, SEC and the whole sector have been obliged to reconsider the priorities established when the company was founded in 2000.

The second challenge involves the increasing demands for electricity in the Kingdom. Some of the demand comes from population growth and economic development, but much of it is the result of low-quality, cheap, inefficient goods and appliances imported from China and other countries. The great variation between loads in summer and winter is also a major problem. Winter electricity demands are half of those in summer, mainly because of air conditioning. In addition, overloaded transmission lines throughout the Kingdom will require costly upgrades or replacement to handle the increasing loads.

SEC has been forced to invest large sums of money to handle this inefficient and variable demand. The company is looking for alternatives for investment capital, including borrowing, issuance of Sukuk (Islamic bonds), and support from the State. Hopefully, a preliminary study about the possibility of linking the Kingdom and Europe during winter and summer could lead to a meaningful reduction in capacity requirements.

The Independent Power Plants Program has been initiated to attract private sector investments in building and operating new power plants. Although SEC will be the sole customer for the electricity generated, the IPP plants will be a great opportunity for private investors. SEC will benefit by having more reserve capital to devote to transmission and distribution lines. “We are looking forward to the entry of the private sector as an investor and operator of the new power stations without the need for binding purchase contracts,” Al Barrak said. “This will be achieved when we reach the open-market phase after approving regulations and essential requirements to open the market.” Two projects have been awarded and a third is in the evaluation phase.

Al Barrak added that there is opportunity to work through research centers to save on power consumption, including application of thermal insulation and load management during summer time, in addition to completing internal linkage and the linkage between neighboring countries.

“From a futuristic perspective,” Al Barrak concluded, “we have to ask an important question concerning the innovative future alternatives, the future of electricity management technology, solar power, nuclear energy and other renewable energy sources. That is to say, why aren’t these technologies implemented in the Kingdom so that we can benefit from their advantages? Yet, despite the fact that much research was done on an international level to develop and benefit from alternative sources of energy, fossil fuel will stay the most fundemental for the next twenty years, and I do not think that renewable energy will take its place.”