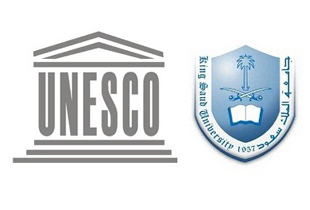 The chair’s purpose is to estimate the number and capacity of water desalination facilities needed to accommodate the Kingdom’s needs, assess the most advantageous locations for the facilities and recommend the necessary technology needed in the expansion process.

Saudi Arabia has nearly 30 water desalination plants in which salt and minerals are extracted from sea water and transported to the Kingdom through 2,500 miles of water lines. Three years ago, Saudi Arabia opened the world’s largest desalination plant on the shores of the Persian Gulf, a facility that cost $3.8 billion but an investment worth every cent considering that the nation, where temperatures frequently soar far above 100 degrees, relies on desalination for 70 percent of its drinking water.

UNESCO has been extremely active in the water desalination process, a fact reflected in the major growth late between 2008 and 2010, when the combined production of desalinated water increased 30 percent worldwide.

Estimates and assessments offered by the new chair will assist national officials to determine the reliability of long-term decisions involving capital budgets necessary to avert any shortage of water supply and resources. The chair will be active in two phases of the Kingdom’s water desalination network.

The second phase will address means of improving initial water treatment technology using a membrane system, an important issue considering the increased use of reverse osmosis. Preliminary treatment in water desalination has a major impact on attaining the most efficient technology.

The chair will conduct research to establish a better understanding of the relationship between treatment and advanced treatment, as well as the importance of preliminary treatment and improving it to reduce excess and the size of desalination plants.

The chair also plans to accumulate a database and establish an environment that will promote further research in preliminary water desalination treatment technology, which is critical in the achievement of sustainable development.

A review of the new chair objectives includes:

The KSU Desalination Chair is a fulfillment of a UNESCO promise made several years ago. The international organization agreed that after positive assessments were made, it would fund two research chairs, one in desalination and the other in childhood studies.