King Saud University’s Advanced Materials Research Chair recently presented a lecture by Professor Vinod Kumar Gupta, head of the Department of Chemistry at the Indian Institute of Technology in Roorkee.

The lecture was titled “Chemical Sensing Instruments and the Size Assessment of Anions and Cations.” Cations (positively-charged ions) and anions (negatively-charged ions) are formed when a metal loses electrons, and a nonmetal gains those electrons. The electrostatic attraction between the positives and negatives brings the particles together and creates an ionic compound, such as sodium chloride.

The lecture was attended by Chair Supervisor Dr. Zeid A. Al-Othman and a number of faculty and advanced materials researchers.

Prof. Gupta has an outstanding academic and administrative record. He was a visiting professor at Chemnitz University of Technology and Freie University, both in Germany; and KFUPM Chair professor at King Fahd University of Petroleum and Minerals in Dhahran, Saudi Arabia. He has visited more than 20 countries for collaborative research and academic purposes.

Professor Gupta has more than three decades of experience in teaching and research, and is a sought-after speaker in the area of environmental chemistry and chemical sensors. He has delivered keynote lectures at many conferences and institutes in India and abroad, and has guided dozens of Ph.D. theses and master’s dissertations.

He has published two books and more than 320 research papers in renowned international journals and presented more than 50 papers in conferences in India and abroad. He has contributed monographs in various books and encyclopedias and published 25 reviews.

His publications have received more than 12,000 citations, making him one of the most highly cited scientists and engineers in India. He has undertaken many sponsored research and consultancy projects in India and abroad.

Professor Gupta also is an editor of Environmental Science and Pollution Research (Published by Springer), senior editor of Insciences Journal for Sensors and associate editor of the International Journal of Industrial Chemistry and is on the editorial board renowned international and national journals. His research areas include environmental chemistry, sensors and electro-analytical chemistry.

Professor Gupta has received numerousawards and honors, including the 1992 Marie Curie Fellowship of European Commission and and the 2004 India Citation Laureate Award by Thomson Scientific USA. He is a three-time winner of the Khosla Research Prize.

An internationally recognized expert in his field, Professor  Gupta is a fellow of the World Innovation Foundation (FWIF) 2004 and the National Academy of Sciences (FNASc) 2008 and has been cited among the top 25 scientists from India.

An ion is an atom or molecule in which the total number of electrons is not equal to the number of protons, giving the atom a net positive or negative electrical charge. The word “ion” is from the Greek participle ἰόν (meaning “going”) and was first used in 1834 by British physicist Michael Faraday for the substances that move under a current between electrodes in a solution when an electric field is applied. 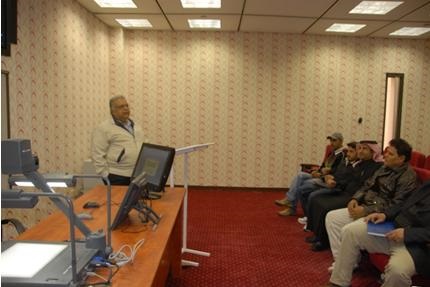