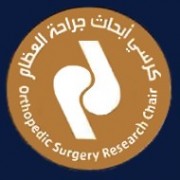 More than 1300 visitors, most of them women, visited King Saud University's Surgery Research Chair’s knee roughness awareness campaign in the Granada Center in Riyadh on Feb. 5 and 6 to learn about the disease and how to deal with it.

According to Sara Huwaidi, the supervisor of the participating female team that included 42 students from KSU’s College of Medicine, many of the women suffered from knee roughness, and received advice on how to manage pain.

One of the students, Fatima Al-Jasser, said she was pleased to participate in the campaign and provide medical advice.

Al-Jasser also said she wants to participate in future awareness campaigns because she learned a lot from the experience and feels a sense of responsibility toward society.

A representative of the male student team, Dr. Abdul Jabbar Al-Zuhair, said he and his team of more than 80 students were proud of establishing the first comprehensive database of information about the disease in Saudi Arabia, and were excited about the role the database would play in future research.

Al-Zuhair also said he was proud of his team for launching their careers with such a crucial step in fighting the condition, and hopes to begin work in the field with KSU’s Orthopedic Surgery Research Chair.

In a statement, Chair Supervisor Dr. Fawzi Aljasser said the group hoped to gather around 15,000 questionnaires on the condition to create a database about knee roughness and form a student team to complete research through the Chair.

KSU's knee roughness awareness campaign will continue at the King Khalid University Hospital for the next two weeks.