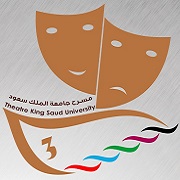 The awards were given out at the festival's closing ceremony last Wednesday.

Othman Al-Sady from Kuwait won the first place award in acting, while Yasser al-Naydy from the United Arab Emirates University came in second, and Ahmed Al-Kalbani, from the Omani Ministry of Higher Education, closed the category by coming in third place.

The Bahraini director, Ibrahim Khaldan, won the award for best director for the second year in a row, having previously won last year when the festival was held in Bahrain.

Students from King Fahd University of Petroleum and Minerals won the awarded for best stage play for their production “The Eighth Day of the Week”.

The Assessment Jury also presented KSU with an award for their outstanding performance in organizing this year's festival.

The weeklong festival brought together students representing around 13 different universities from the GCC.