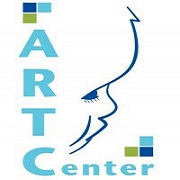 These are astounding times in the field of neuroscience.

The European Union and United States together have raised similar challenges for their neuroscientists over this coming decade: to unlock the human brain, on a deeper level.

Despite the similarity in their final aim, further understanding the brain, they have very different agendas.

The HBP aims to create an entirely new platform; an artificial brain simulator that will allow for a substantial leap forward in methodology in neuroscience and information technology as a whole.

The aim is to evaluate new treatments for neurological diseases through controlled simulations and predict the outcome instead of relying on arbitrary clinical examinations.

These revolutionary diagnostics would be beneficial for patients and the doctors,  not only aiding in obtaining clinical information, but able to be applied to the design of new forms of artificial intelligence in the future.

The idea is very ambitious and many critics question the reality of achieving its target in only ten years.

The Blue Brain project originally stemmed from a proposal by the visionary scientist Henry Markram, who is convinced the project can reach fruition within ten years.

Taking into account the current ability of computers models to collect data of realistic models that simulate the functioning of neurons with all connections the applicability of similar ideas is simply not so remote.

So far Blue Brain has managed to simulate a column, a basic functional unit of the cerebral cortex, from a rat.

Understandably, there is a quantum leap from a rat’s brain to a human brain; our brain has 100 billion neurons, but the possibility has been established.

The American based research project, Brain Activity Map, focuses on generating information that is still unresolved to help in understanding the brain’s functionality.

The project aims to determine how the brain works when it is fully engaged, and the practical properties that arise from the interaction of brain circuits that increase mental functions.

Neuroscientists still have not discovered how to apply what is discovered from animal experiments to a human standard.

Brain Activity Map seeks to act as a link between these animal based research and human clinical trials.

The Brain Activity Map project is based on the principles and methods of another project examined in 2012 in the journal Neuron.

The project discussed in the journal underlined the goal to create precise anatomical mapping of the complete wiring of the human brain using neuroimaging before 2015.

The Brain Activity Map would be the subsequent step, which aims to understand functional connection.

The project first proposed in September 2011 and has been lately gaining interest, with US President Barack Obama recently mentioning its importance and compared it to the Human Genome project while also praising the benefits of investing in scientific research and initiatives.

Besides monetary gain, the implications of the project are wide spreading and can open doors to better understand the complex human brain.

The transatlantic projects, despite their friendly rivalry, are complementary in further advancing neuroscience.

Brain Activity Map data can provide clues about the brain to guide the scale simulations modeled by the Human Brain Project, while the latter can support by simplifying the wealth of information generated in the Brain Activity Map.

There has also been a momentum of unprecedented opportunities in the Kingdom of Saudi Arabia in neuroscience, but more can be done.

A collective group of universities working on improvements in the region can help nurture an emerging knowledge-based economy.

Yet, to accomplish a cooperative solution, specific strategies and channels to support collaboration among researchers nationwide are necessary.

Besides nationwide collaboration there must also be an increase in facilitating the implementation of initiatives that result from international collaborations with KSA universities.

It is accepted that in the Kingdom of Saudi Arabia there is an urgent need to improve diagnosis and promote prevention as well as provide treatment for a range of brain pathologies: neurodegenerative diseases, neuropsychiatric disorders, neurologic conditions.

Our rapidly expanding knowledge of how the brain works in health and disorder, combined with modern technologies of neuroscience will lead to new ways to assess symptoms, and how to tailor treatments to address specific problems.

If these initiatives are carried out and reach their goals, it will be a positive milestone for humanity and will establish the foundations for a new era in neuroscience.

Shahid Bashir is an instructor and researcher at KSU's Autism and Research Treatment Center, and Harvard's Berenson-Allen Center for Noninvasive Brain Simulation.