A human resources delegation from the University of Jazan meet with representatives from King Saud University’s Faculty Members and Personnel Affairs Deanship last week, with the two groups discussing administration practices and university e-services. The Dean of Faculty Members and Personnel Affair, Saad Al-Hussein, and Faisal al-Harby, the head of the Administration of Human Resources Development, hosted the meeting with UJ’s supervisor of human resources development, Mohamed al-Maliki, as well as the University’s head of training, Nageeb Bagsheer. 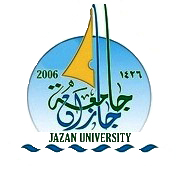 The two groups discussed the role of the Administration of Human Resources Development at KSU in developing faculty and staff skills, and also examined scholarship and training management, and the role e-services play in facilitating administration work. Mr Al-Malli said he was pleased with the collaboration efforts between UJ and KSU, and with the work of the Administration of Human Resources Development to increase the quality of employee services. He also said that KSU played a leading role in all fields, and that it was vital that the two universities continue their cooperation in administration management. KSU’s rector, Badran Al-Omar, called for cooperation between the two universities to further their development, and as part of efforts to foster collaboration between Saudi universities on all levels under the umbrella of the Ministry of Higher Education.