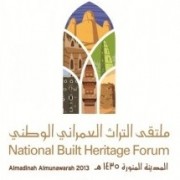 The third National Built Heritage Forum (NBHF) was held in Al-Madinah earlier this month with the presence of His Royal Highness Prince Sultan bin Salman, President of the Saudi Commission for Tourism and Antiquities (SCTA), and His Royal Highness Prince Faisal bin Salman, Governor of Medina region and Chairman of Tourism Development Council in the region, and His Excellency the Secretary- Medina region.

Approximately 100 researchers, administrators and specialists in the field of architectural heritage from the Kingdom and abroad along with a large participation from the local community with its different categories attended the event.

The five-day forum was organized by the SCTA and Al-Madinah focused on a series of the most important architectural heritage issues by discussing 36 scientific researches during scientific sessions, workshops and the specialized courses. 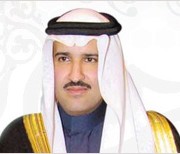 Several other events were organised along with the forum, including a number of activities, fairs and cultural programs such as the poetic evening which will be held for the first time to enhance social culture and consolidate the awareness of the value of the architectural heritage through literature and poetry as the evening will include a number of influential poets on the poetic and literary scene.