King Saud University's Rector Badran Al-Omar sponsored the patent owners’ awards celebration on Sunday 22 December, 2013. The celebration was made to award the inventors who owned patents during the period starting from 7 February, 2012 to 17 August 2013. The event opened with the speech of the Khalid Al-Saleh, the director of the Intellectual Property and Technology Licensing Program (IPTL) 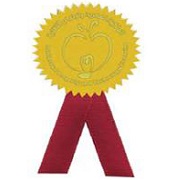 In his speech, Khalid highlighted KSU’s concern of Intellectual Property Rights in general and patents in particular; pointing out that the University believes that they are main factors for the development of the kingdom and the increase of its resources in a way which conforms with the achievement of the Kingdom’s ninth plan’s goals and objectives for the period 2010 to 2014, especially the eighth goal targeting the development of knowledge economy and the enhancement of an information society. He moreover highlighted the benefits of the establishment of the IPTL. 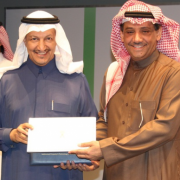 The University, for instance, has owned around 170 patents out of which 89 were owned in 2013. The University furthermore has submitted around 284 patent requests either under investigation or in the pipeline. He moreover stated that the number of awarded inventors is 81- among which are 5 females awarded for a number of 40 patents. He also stressed the importance of the commercial activation of patents which usually starts with a Proof of Concept or the realization of a certain method or idea to demonstrate its feasibility, or a demonstration in principle, whose purpose is to verify that some concept or theory has the potential of being used; this is to start sponsoring the invention and licensing it.

Dr. Abdullah bin Sharaf Al-Ghamdy, Assistant Vice-Rector of Post-graduate Studies and Scientific Research for Knowledge Exchange and technology Transfer and General Supervisor of Knowledge Industry System, highlighted the role expected to be carried out by the System in the coming period to transfer to knowledge economy through an administrative and technical integrated structure. He moreover stressed the necessity to take the economic value of patents into good consideration; as the responsibility of technology transfer is completely KSU’s according to the provisions of the regulation together with the inventor’s technological and technical role in commercial license operations. 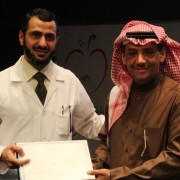 He also stressed the importance of the commercial activation of such patents and stressed the role of the inventors as well as the Intellectual Property and Technology License Program in developing such patents into real useful products through the establishment of small start-ups or giving the license to use the invention and getting the expected revenues from it.

Finally, KSU Rector Al-Omar congratulated the inventors and assured that a human mind is mostly distinguished for its endless economic thinking which mainly stimulates strong countries to build their own present and future, enhance their economy and raise their citizens’ standard of living. He mentioned some of the Asian countries such as Japan, China and Singapore which do not have any natural resources; yet depended on human mind to significantly develop their countries. He then delivered the awards- medals and Certificate of Appreciation- to the inventors. KSU’s Vice-Rector Abdulaziz Al-Ruwais,  was among the awarded and were announced to have recently awarded the Custodian of the Two Holy Mosques’ Prize for talented inventors.