The Emirates Identity Authority, the United Nations Public Administration Network and the United Nations Department of Economic and Social Affairs jointly conducted the first Open Government Data Forum on April 28 and 29 at Ritz Carlton Hotel in Abu Dhabi. The forum was the first of its kind in the region and hosted by the UAE.

27 keynote speakers from 15 countries, mainly USA, UK, Canada, Ireland, Belgium, Spain, France, Korea, and Saudi Arabia presented speeches at the forum. The event highlighted the impact of the latest developments in open data on the performance of government business and how governments can leverage this trend to identify strategies to maximize the value they deliver to customers.

The forum’s key topic revolved around the open data policy and how to allow it to customers in seamless and easy-to-use methods through making all elements and information available within a framework of content that is open for the public to use and reuse, leveraging thereby their level of knowledge and expertise.

The forum demonstrated experiences of a number of leading countries in the area of open government data and highlighted efforts exerted by Emirates ID in particular and government entities in the country in general. It also introduced experiments of some government agencies in the GCC e.g. Saudi Arabia.

The speakers also talked about the best ways to provide e-services to customers and how they interact with governments, the cloud computing technology, and OGD information security strategies, etc. 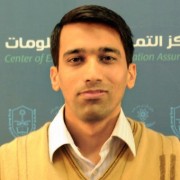 Muhammad Khurram Khan from the Center of Excellence in Information Assurance, King Saud University, Saudi Arabia was especially invited by the Emirates Identity Authority to represent Kingdom of Saudi Arabia and to deliver a keynote speech on the challenges and opportunities of open data in the GCC.

"Technological innovations in this rapidly changing world are creating an abundance of data that is both ushering the evolution of the Internet as well as creating new opportunities. Hence, Data can be regarded as the new oil of the 21st century. In this information age, governments and organizations generate plethora of data, which, if bring up openly to the public, may generate new values, prospects, and realities. Consequently, open data can be considered revolutionary, which may create new businesses, marketplaces, and prosperous societies. When governments and organizations open their data in making decisions with the diverse participation and collaboration of community, they become more effective, productive, transparent, and legitimate. However, on the other hand, open data also bring in some challenges, which may hamper its widespread proliferation and implementation", Dr. Khan presented in his lecture.

Dr. Khan shown potentials of open data, challenges dismayed by its usage, and opportunities that could emerge by its proliferation. Furthermore, some real-life open data case studies were also shown in his lecture. Dr. Khan also discussed Cybersecurity and privacy challenges with the open data which are paramount concerns for the e-government systems.

The event was attended by high profile UN and government officials and experts in smart government data systems, along with a number of executive directors from the biggest global and regional technology companies specialised in managing, analysing and storing data, such as Microsoft, SAS, CEPAS, and Infosys, etc.