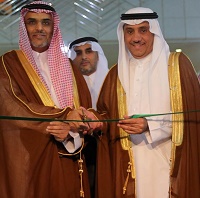 The National Symposium was organized by Saudi Ministry of Interior with coloboration of King Saud University on technology trends and operational issues of Command & Control (C2) and Cybersecurity systems in both military and civilian domains.

The inauguration ceremony began with recitations from the Holy Quran, then Assistant Vice Rector for Graduate Studies and Scientific Research, for Knowledge Exchange and Technology Transfer, Abdullah Alghamdi gave the opening speech, pointing out that the successive military, security and informatics challenges being experienced by the countries of the region are increasing in quantity and in kind, and therefore it is imperative to maintain a sustainable national capacity based on a partnership between the executive and operational sectors and the research centers. 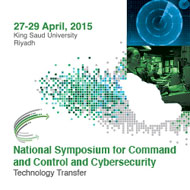 Moreover. Dr. Alghamdi pointed out that electronic crimes in the Middle East ranked second among the most common economic crimes in the region. He also stressed the importance of the leading role of universities in creating knowledgeable and sustainable solutions for command and control systems and cyber security. He said this would allow the possession, transfer and indigenization of technology.

Moreover, Dr. Alghamdi listed command and control systems, whether for field operations or cyber security among the systems that directly affect national security. He added that these are complex systems that integrate multiple sub-systems to assess and analyze the situation and make the right decision and implement it at the right time and place, then analyze the impact of each stage. He said that this integration exists between the command and control center and the center of excellence for information security. 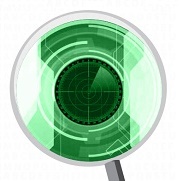 KSU Rector  Badran Al-Omar was next to speak, pointing  out that developed countries accord great importance to the command and control systems and cyber security, and invest much efforts and resources to boost them. He said these counties allot great military resources to protect the national territory and an equally great effort to safeguard their electronic systems via protection and technical support.

In addition, KSU Rector Al-Omar mentioned this kind of symposium provides an opportunity for local and foreign professionals and experts to share their experiences and insights on building a sustainable national capacity through technology transfer from research and en-rooting of advanced technologies in the field of command and control and cyber security centers.

The Rector closed by lauding the patronage of Prince Mohammed bin Nayef bin Abdul Aziz, Deputy Crown Prince, Second Deputy Prime Minister and Minister of the Interior to the seminar and said that this reflects the concern of the kingdom’s wise government for the Kingdom’s cyber security and the Kingdom’s security in all its forms.

It worth mentioning, the National Symposium was designed to offer a comprehensive picture of the huge advances that has been achieved in the field of command and control and cybersecurity systems and the technological revolution that is bringing C2 systems to a state-of-the-art level of effectiveness, speed and immunity to intrusion and subversive attacks. 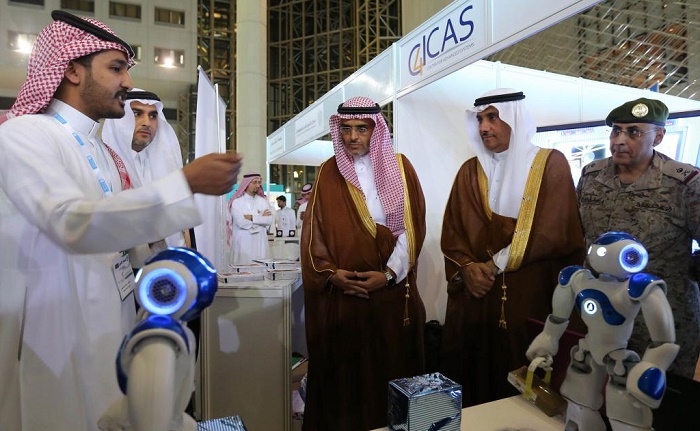