KSU's Finance student team has won the CFA Research Challenge, organized by the CFA Institute - Saudi Arabia chapter, after a fierce competition with other Saudi universities. The competition started in November 2015 where all teams were required to submit and present an investment analysis report on Jarir Marketing Co., a publicly traded company, with a recommendation to buy, sell, or hold the stock. The team consists of Anas Alrashood, Rayan Alamer, Tariq Alatar, and Musaad Alshuraim.

Dr. Abdullah Al-Shwer, the team's academic adviser, expressed his happiness for this significant achievement as it is a witness of the high quality of KSU's academic programs. Dr. Mohammed Al-Jebreen, the chairman of the finance department, has also expressed his gratitude to KSU for its continuous support to improve its academic programs that are aligned with the requirements of the labor market.

The KSU team will now represent Saudi universities in the upcoming CFA Research Challenge to be held in April in Chicago. 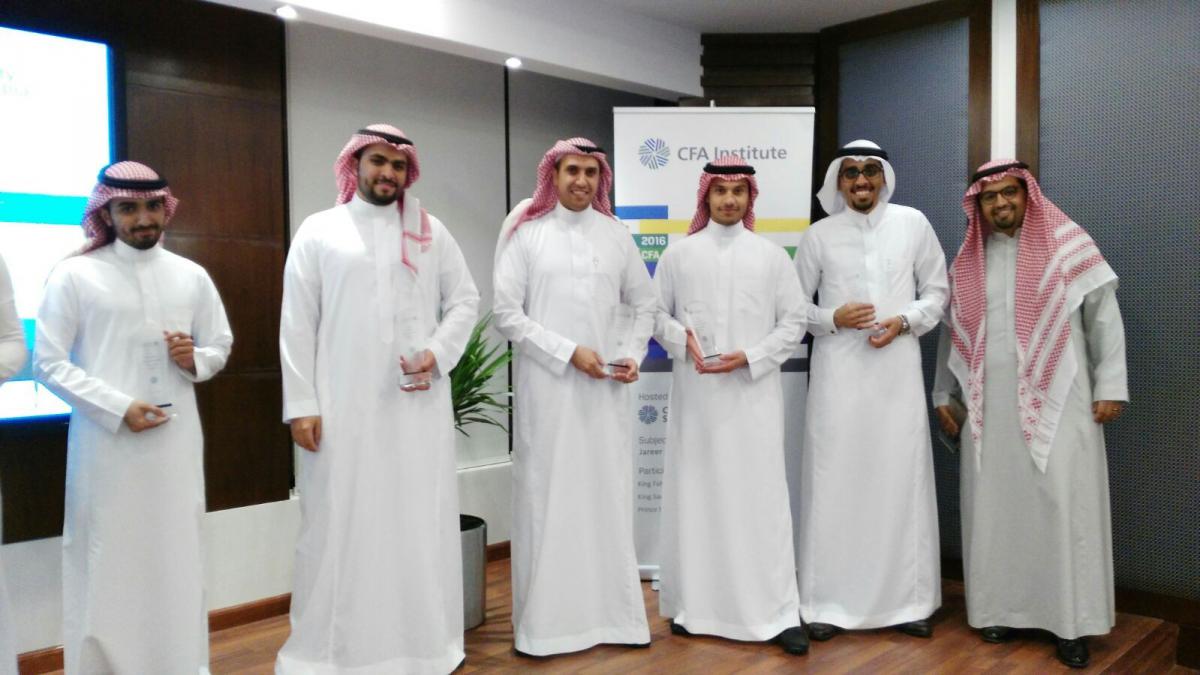