In line with the aspirations of King Saud University to sponsor the talented and gifted students in the University, and in an effort to strengthen the pillars of cooperation and communication with the related national prestigious institutions, King Saud University signed a Memorandum of Understanding (MoU) with King Abdulaziz Foundation for talent and creativity at the university's headquarters in Deriya.

The Memorandum of Understanding was signed by His Excellency Dr. Badran bin Abdulrahman Al-Omar, the University's Rector and His Excellency the Secretary General of the Foundation Dr. Saud Bin Saeed Al-Mutahmi and was witnessed by the University vice-rectrors and (Mawhiba) staff. The Memorandum aims to support the transition to a creative knowledge society through the coordination and integration of efforts, programs and activities of talent and creativity between the two parties. The note included several areas of cooperation, including: student nomination, sponsorship programs, exchange of information and experiences, competitions, exhibitions and events, dissemination of a culture of talent, creativity and innovation, scientific research, apprenticeships and entrepreneurship programs. 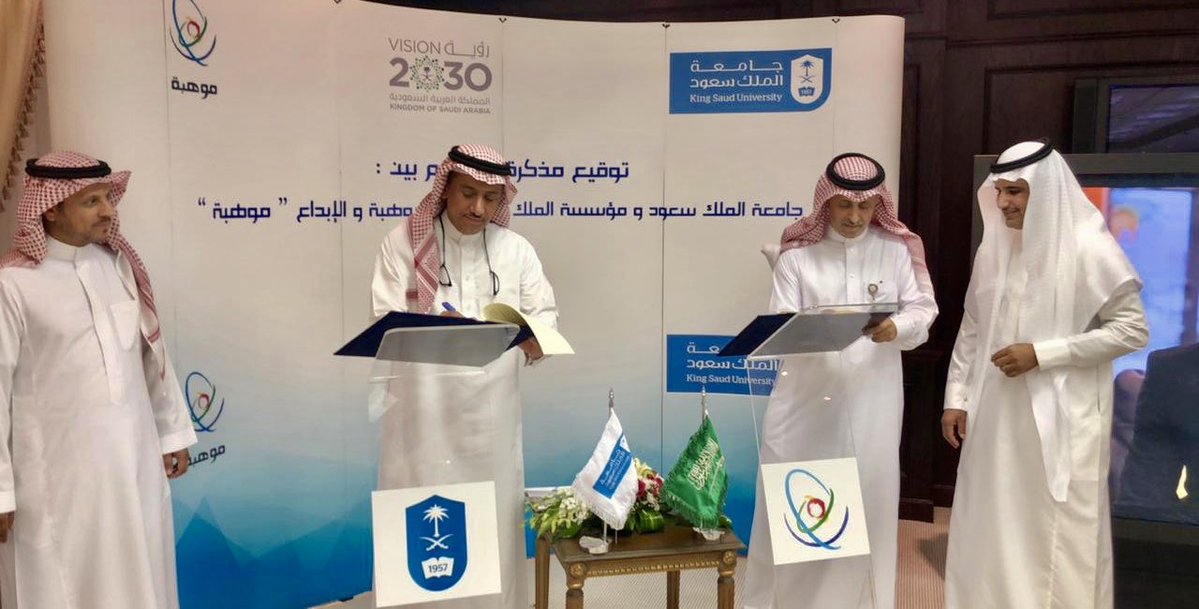 For his part, the Secretary-General of the Foundation, Dr. Saud bin Saeed, praised the outstanding leadership of King Saud University in its efforts for caring for the talented, creative and outstanding students through its program "The Outstanding and talented students program". His Exellency Dr. Badran bin Abdulrahman Al-Omar stressed the University's keenness to cooperate constructively with Mawhiba, which represents the vision of the Custodian of the Two Holy Mosques and His Highness the Crown Prince - May God preserve them - in the care of the outstanding and gifted, and open wide horizons for them to express their talents and emphasize their scientific excellence for the service or the dear homeland. The speech was delivered by the Vice President for Academic and Educational Affairs and the Chairman of the Supreme Executive Committee of the Program of Outstanding Students, Dr. Mohammed Bin Saleh Al-Nami, stressing the importance of caring for the gifted and creative students and for investing in their abilities and skills as an imperative necessity and an important strategy of the formation of Saudi society, and for the achievement of its insightful Vision 2030. 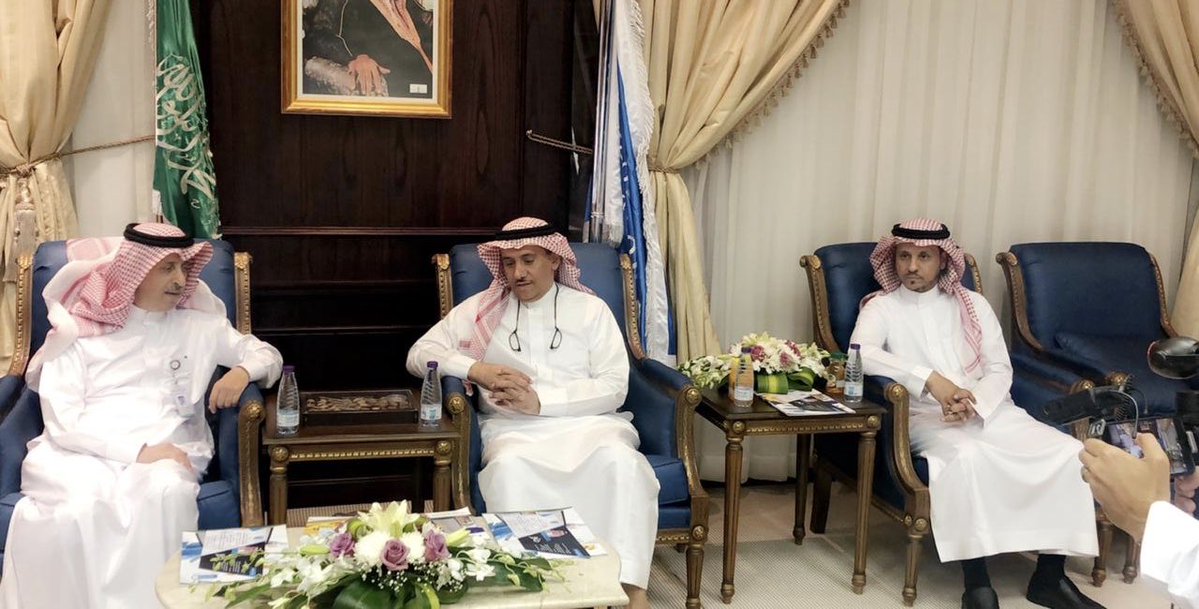 In the interest of His Excellency the Rector of the University in sponsoring excellence, distinction, and creativity, and after the signing of the Memorandum of Understanding, he honored a group of the University outstanding students and congratulated them on the excellence and competence in the summer enrichment programs and their honorable representation of the University and the country. 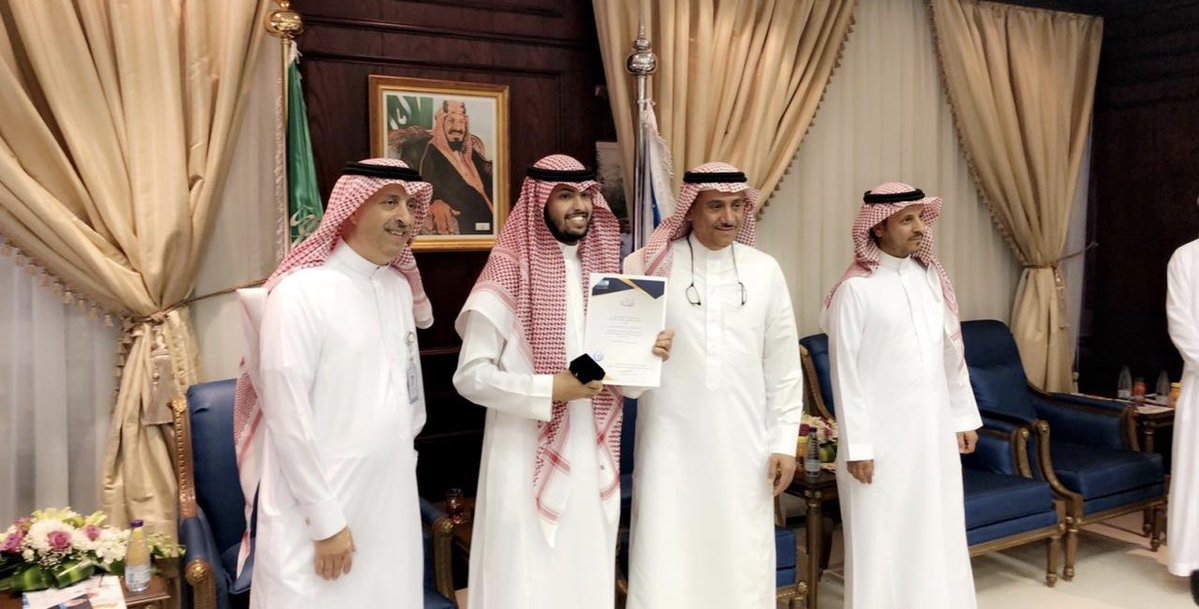 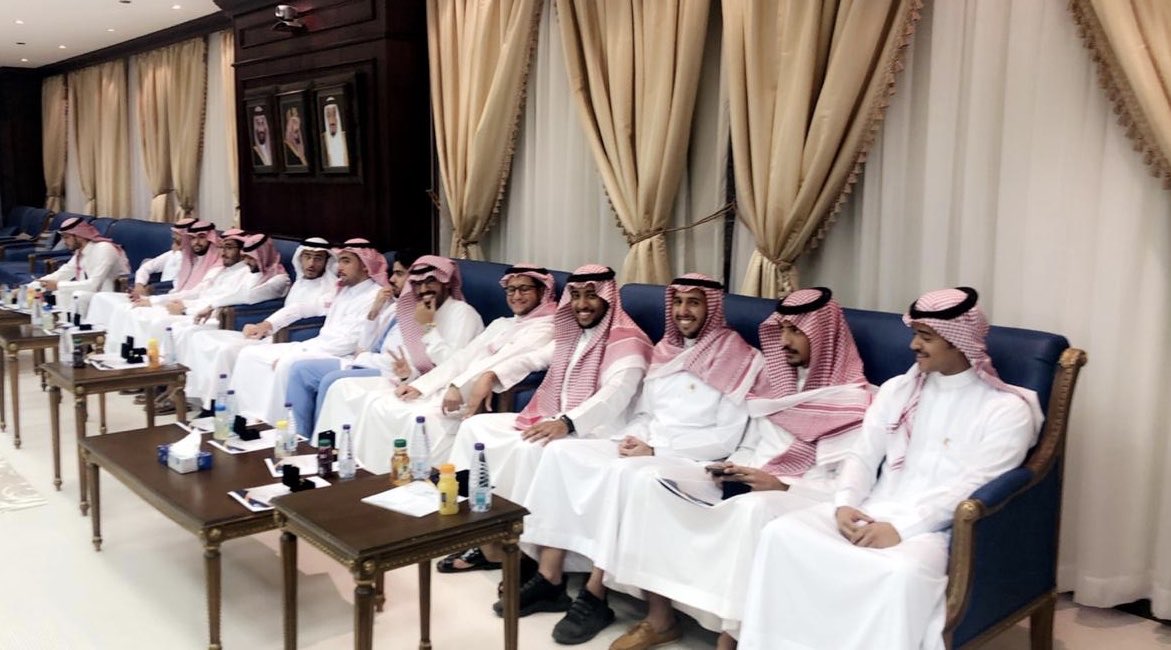 During this ceremony, a group of students presented to the University Rector what they achieved in terms of their research, and their scientific and creative excellence. His Excellency also announced the names of male and female students who competed for the seats in the specialized preparation stage of the outstanding student program of 180 students. His Excellency also announced the list of names of those continuing the program and comprising 467 students. This number of student will join the 1751 students in the program's three tracks (outstanding, gifted and apprenticeship). 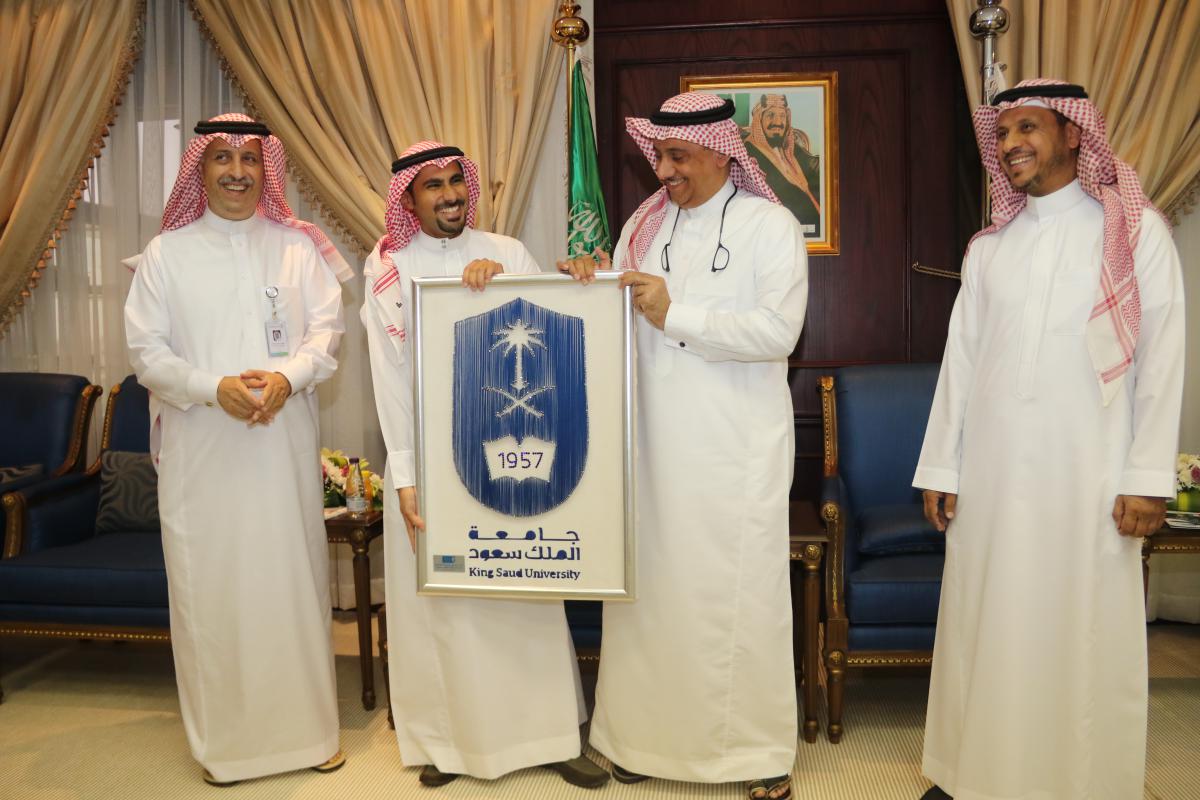 At the end of the ceremony, the Vice –Rector for Educational and Academic Affairs and the Director of the Program of distinguished and Talented Students at the University, Dr. Ali Al-Dalbahi, handed over to the Rector the "Annual Report of the Achievements of the Program during the year 1438/1439 AH". The students of the program also presented a letter of thanks and gratitude to the Rector and to the University’s administration, which came as a souvenir in the form of a distinctive work of the University logo, which was sewn from the fine threads and designed by some talented female students in the University.