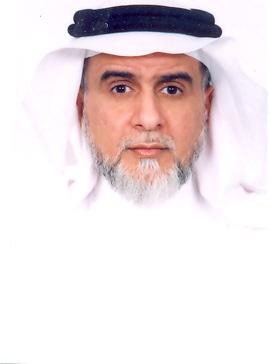 At the inauguration of the Health Care Research Chair, King Saud University Rector, Abdullah Al-Othman stated: The Kingdom's name should be equated in international events with that of KSU, and we have no excuse not to realize leadership.

KSU Rector, Abdullah Al-Othman and Sheikh Abdullah Bahamdane, Research Chair for Evidence-Based Health Care & Knowledge Translation, inaugurated in the Main Room at the College of Medicine at KSU, on Sunday February 25, 2009 the Research Chair for Health Care based on scientific evidence and applied scientific knowledge, in the presence of the Dean of the College of Medicine, Mussaad Al-Salman, and the Supervisor of the Chair Dr. Lubna Al-Ansari.

During the inauguration ceremony, Dr. Al-Othman, valuated the efforts made by Sheikh Abdullah Bahamdane and his fellow businessmen to interact with the Research Chairs Program at KSU, considering that the Research Chair for Health Care based on scientific evidence is a qualitative Chair in the full sense of the word. He also mentioned the Custodian of the Two Holy Mosques' laying the foundation last Sunday of the first educational endowment in the region, and His kind approval to give His kind name to the main tower of the project considered as the fruit of the University Endowments Project. In this way, King Saud University hosts King Abdullah's Beacon of Knowledge, one of the main towers of the project. The Rector announced that the University Endowments Project would start in two weeks time at most.

Dr. Al-Othman lauded the commendation made by the Council of Ministers concerning the ceremony of inauguration and laying of the foundation of a number of constructional projects under the patronage of the Custodian of the Two Holy Mosques, giving his tremendous thanks and gratefulness on behalf of KSU staff to the Custodian of the Two Holy Mosques, May Allah Preserve Him, as the protector of science and scholars, for this kind paternal gesture. The University Rector concluded his statement, saying that the Kingdom's name should be equated in international events with that of King Saud University, and we have no excuse not to realize leadership Picture: Sheikh Abdullah Bahamdane receiving the University Shield.

On the other hand, Sheikh Abdullah Bahamdane lauded the university's efforts in consolidating societal partnership and giving the opportunity to businessmen to effectively participate in developing the community. He added that financing Research Chairs has been met with a lot of enthusiasm on the part of his fellow businessmen as part of responding to the call of duty, serving religion and the nation, and abiding by the directives of the Custodian of the Two Holy Mosques and His Crown Prince, May Allah Preserve Them, in order to promote Saudi universities to the ranks of international universities. Sheikh Bahamdane concluded that it was a cause for happiness for nation that the mother university should find its way to international leadership.