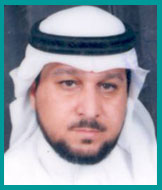 On his part, Professor Dr. Al-Othman acknowledged that the Ministry of Higher Education supports all universities in the Kingdom, and most particularly those involved in developing their programs. He pointed out the financial support received by King Saud University in order to establish two Centers for Excellence in Research, one in the field of computer science and another in the field of engineering.

After that, His Excellency Prof. Al-Angari headed for the temporary site of the Riyadh Think Tank (called by some other institutions as a Science Incubator), where he listened to a presentation by Prof. Ali Al-Ghamdi, KSU Deputy Rector for Branches Affairs about the Think Tank, the goals behind it, ways to put it into practice, and the sponsoring companies of the projects it adopts. Dr. Al-Ghamdi added that the Riyadh Think Tank is part of the Riyadh Techno Valley Project, which is one of the leading projects at King Saud University that aims to present the University as an outstanding research institution, which, because of its success, will help in the construction of a sustained partnership between the public and private sectors and the establishment of a knowledge-based economy in the Kingdom.

On the other hand, Dr. Mazyad Al-Turkawi talked about the importance of the Riyadh Techno Valley Project, saying that it is common to the major international universities where it is usually known as 'the Science Oasis Project'. Dr. Al-Turkawi also referred to the three research fields involved in this project, in which King Saud University has outstanding resources, as well as to other parties and programs that support the Riyadh Techno Valley Project at the university, stating that this project will attract researchers from all the academic divisions of the university.

During his visit, Prof. Al-Angari also witnessed the signing of a joint research cooperation contract between King Saud University and Professor Mohamed Al-Zairi, one of the most distinguished scholars in the field of quality.