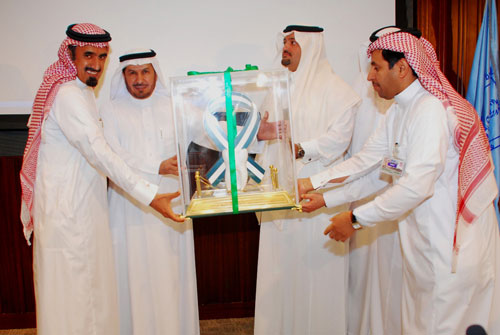 A national campaign to prevent tooth decay, organized by the Saudi Dental Society and Ministry of Health, was launched March 6.

The initiative will be led by Dr. Hassan S. Al-Halawany, head of King Saud University’s Division of Dentistry and Dr. Ahmed Al Kahtani, Chairman of the Saudi Dental Society, and also will include public and private universities in addition to King Saud University.

In announcing the plan, Health Minister Dr. Abdullah Al-Rabeeah cited the high rates of tooth decay in the society and its prevalence among children, and acknowledged the need for an integrated national and global strategy to tackle this major health problem. A Web site has been established encouraging Saudis to volunteer.

The strategy will be based on community participation, initially throughout Riyadh and then throughout Saudi Arabia. More than 50 specialists, volunteers and other qualified individuals will visit
schools, malls and other public places to raise awareness of treatment and prevention services.

“Saudi and non-Saudi children alike are included,” Dr. Al Halawany, “Priority will be given to poor children and orphans.”

Tooth decay afflicts more than 90 percent of Saudi children, and Dr. Al-Rabeeah noted that the campaign will target more than a million children throughout the Kingdom in hopes of cutting the number of afflicted children to 75 percent.

Dr. Al Kahtani noted that among the most important roles of the campaign was to building a culture of maintaining a healthy mouth and teeth and raising awareness for  the need of a health-conscious
society.

University Rector Dr. Abdullah bin Abdurrahman Al-Othman and Vice Rector for Graduate Studies and Scientific Research Prof. Ali Al-Ghamdi, Dean of the Faculty of Medicine, also attended the announcement of this campaign. The campaign is encouraging Saudis to volunteer.