On Saturday, the Kuwait Foundation for the Advancement of 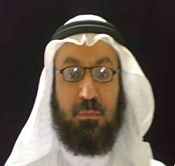 Sciences (KFAS) announced the winners of the organization’s awards for literature in 2009, and King Saud University’s Dr. Abdullah Al-Muhaidib was among the first-place winners. Dr. Al-Muhaidib’s received top honors in the Best Arabic Translation category for  his translation of John Cernica’s textbook, Geotechnical Engineering: Foundation Design (Part I and II), which has been published by King Saud University Press. KFAS annually distinguishes the accomplishments of Arabic academics in the arts, humanities and sciences.

Dr. Al-Muhaidib’s contributions to King Saud University are manifold, in addition to his work in translations. He serves as the Vice Dean for the College of Engineering at KSU as a professor in the Civil Engineering; in addition, he is a member of several college boards such as the College of Engineering and the Department of Translation, and is a member of several committees throughout the University.

In 2007, Dr. Muhaidib translated another Cernica textbook, Geotechnical Engineering: Soil Mechanics, which earned him the Custodian of the Two Holy Mosques Abdullah Ibn Abdulaziz International Award for Translation in the field of Natural Sciences. He has written his own books, such as The Arabization of Engineering Education in Saudi Arabia: Reality and Expectations, published by the Center for Arab Unity Studies in Beirut in 2006 and Evidence of an Engineering Renaissance in Saudi Arabia Over Two Decades (1402 -1422), which was been published by King Saud University in 2003.