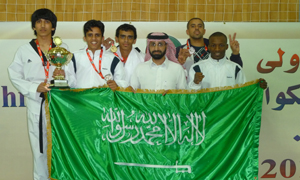 The team placed second despite only entering KSU competitors in five weight classes. The students were accompanied by their coach Yasser Al-Ghanim, as well as the Delegation Head Turki Al-Malik.