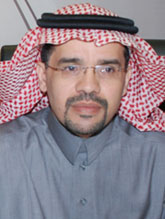 Over the past few years, King Saud University has placed a great emphasis on the importance of publishing. Faculty and researchers have responded to the University's call for excellence enthusiastically, publishing papers in a broad range of international scientific journals with an impressive frequency. According to the Institute for Scientific Information (i.e. the Thompson ISI), which maintains citation databases covering thousands of academic journals, shows that within the first five months of 2010, KSU academics and researchers have seen a 70% increase in papers being published in scientific journals over the same period last year. According to these statistics, King Saud University ranks as the premier university in the Arab world for publishing in scientific journals.

Professor Abdulaziz Al-Khedhairy, Assistant Vice Rector for Graduate Studies and Research (Research Affairs), announced that this substantial increase in scientific publishing is especially impressive compared with the increases over the past three years, which were 7% (2006-2007), 33% (2007-2008) and 23% (2008-2009). He expressed his pleasure in that the increases are products of KSU initiatives launched during the past three years, in addition to growing relationships and collaborations with some of the world's most prestigious universities and research centers.