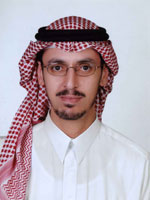 Upon receiving the patent application, IPTL Director Dr. Khalid Al-Saleh said that patent databases must be consulted and similar patents and patent requests must be reviewed to ensure the originality of the invention. If the invention is found to be unprecedented and innovative, the patent application is filed in a patent office such as the U.S. Patent Office or the Patent Office of the Cooperation Council for the Arab Gulf States.

The invention is an improvement to pumps used in water desalination systems for the discharge of gases and cooling systems. Such pumps suffer from poor efficiency, which Dr. Al-Ansary’s invention ameliorates. Dr. Al-Saleh noted that the nozzle end-ring won an ‘Innovation Award’ at the 2010 Ibtikar Innovation Exhibition (also known as Mawhibah), organized by King Abdulaziz and His Companions Foundation for Giftedness and Creativity.

Dr. Al- Saleh said that Prof. Ali Al-Ghamdi, the University’s Vice Rector for Graduate Studies and Scientific Research, is currently funding clinical trials, which are being carried out by Dr. Al-Ansary and his colleagues.