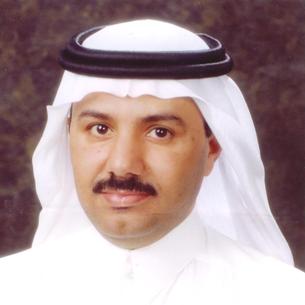 At an official cornerstone laying ceremony for the King Abdullah Institute for Nanotechnology (KAIN), Prince Muqran, Saudi Intelligence Chief, attended the ceremony on behalf of the King, while in a moving address, Prof. Ali Al-Ghamdi, Vice Rector and for Graduate Studies and Scientific Research Prof. Ali Al-Ghamdi, expressed his profound gratitude and appreciation for the Royal family’s support.

In his remarks, Dr. Al-Ghamidi underscored King Abdullah’s unyielding and visionary efforts to support all Saudi universities and establish new institutes of higher learning. Thanks to the King’s nation-wide funding for nanotechnology research, the Vice Rector said, KAIN will be equipped with state-of-the-art laboratories and facilities constructed over an area of 8,000 square meters (approximately 85,000 square feet).

The King’s invaluable patronage of the King Abdullah University of Science and Technology (KAUST) in Jeddah and Riyadh’s King Abdullah City for Atomic and Renewable Energy (KACARE), Al-Ghamdi continued,  are establishing the Kingdom as an international hotbed for scientific research and innovation.

Dr. Al-Ghamidi detailed the king’s generous support of 8 billion SR (2.1 billion USD) for the national campaign for science and technology’s first five-year plan. He emphasized that these are just a few examples of the King’s firm belief in science and research as a means to developing society and securing its future.

KAIN, which will occupy an entire building inside the Riyadh Techno Valley complex, will addresses some of Saudi Arabia’s most pressing needs, such as seawater desalination, renewable energy and the treatment of diseases such as cancer and diabetes. King Saud University has established a world-class academic program for nanotechnology and attracted more than 20 local and international graduate students for the first phases of the program. Through KSU’s ambitious International Twinning Program, more than 15 distinguished nanotechnology experts from around the world have entered into research agreements with KSU.

Dr. Al-Ghamidi expressed his gratitude to Prince Muqran for presiding over the cornerstone ceremony, on behalf of the Custodian of the Two Holy Mosques and  thanked Sheikh Mohammed Al-Amoudi for providing KAIN with invaluable financial support, as well as funding various KSU research centers and endowment programs.

In Dr. Al-Ghamidi's concluding remarks, he  thanked the Kingdom’s leaders, led by King Abdullah, Crown Prince Sultan and Second Deputy Prime Minister Prince Naif. The Kingdom, he assured the distinguished audience, will certainly achieve its development goals and take its rightful place among the developed world.