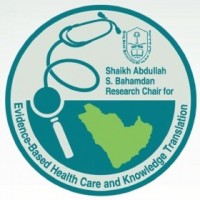 The Sheikh Abdullah Bahamdan Chair for Evidence-Based Health Care and Knowledge Translation (EBHC) has announced that its Third Annual Scientific Meeting is to be held  between December 11th and 15th.

The role of the Chair's annual conferences is to advance the tenets and benefits of evidence-based health care (EBHC) and strengthen the partnership of the community and health practitioners.

The Sheikh Abdullah S. Bahamadan Research Chair was established in 2008 to cultivate evidence-based healthcare in Saudi Arabia and bridge the gap between evidence and clinical practice, especially through organizing scientific meetings and workshops. The Chair's First Annual Scientific Meeting took place in November 2008 and the second in November 2009.

The Chair's responsibilities include performing systematic reviews of King Saud University's research results, as well as preparing and publishing evidence-based clinical practice guidelines, and adapting them to the Kingdom's health-care practice.