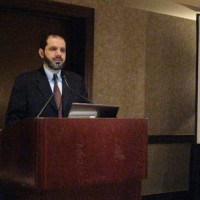 The event, scheduled for May 8-10, 2011 in Dubai, is a major platform for surgeons and consultants to keep abreast of revolutionary treatments and research in voice and swallowing disorders and as a showcase for industrial representatives to introduce the field’s latest technology. The gathering is expected to attract approximately 1,000 of the world’s pre-eminent otolaryngologists from more than 30 countries.

Dr. Al-Malki was selected as the event’s co-chair by Dr. Muaaz Tarabichi, ear, nose, and consultant from the American Hospital in Dubai and the initial chairman. Dr. Al-Malki has extensive experience in conference administration and organization. He was chairman of the First International Voice and Swallowing Conference held in Riyahd. He also is Saudi Arabia’s lone phoniatrician specializing in voice and swallowing disorders, and has developed a curriculum vitae that fills many pages. Last year, Dr. Malki was a featured speaker at the 29th Conference of the World Federation of Ear, Nose, and Throat Organizations (IFOS) attended by thousands in Sao Paulo, Brazil, but Dr. Al-Malki humbly describes his invitation to co-chair the Dubai event as “recognition of King Saud University’s pioneering role in this domain.”

The conference will feature myriad presentations by more than 150 experts in the field, with Dr. Al-Malki leading a King Saud University team of otolaryngologists including Dr. Thomas Murry, an American professor in speech pathology at Cornell University and a visiting professor of KSU’s Research Chair of Voice and Swallowing Disorders (RCVASD). 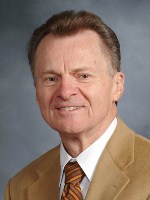 “Dr. Malki came to a meeting where I was presenting a paper and we became friends,” Dr. Murry explains of his appointment two years ago. “Once we discovered that we could work together, he invited me to be the research chair. I visit [King Saud] twice a year." “He has visited [the U.S.] several times and we have done clinics together . . . we work well together.”

Dr. Murry is no stranger to the Middle East conference. He was involved in the first and second conferences as the main speaker and as the research chair of the program, helping organize the program and selecting speakers, as well as frequently speaking. He has devoted a great deal of time participating in conferences and workshops, and has been involved with a dozen books as a writer or editor, but he emphasizes that this particular conference has significant importance.

Dr. Malki is delighted to have the support of Dr. Murry and other members of his team, but he is quick to recognize the university officials without whom progress would be much slower and limited, a cast led by Dr. Abdullah Al-Othman, the KSU rector. “We highly appreciate the support of Rector Al-Othman, Ali Al-Ghamdi [KSU Vice Rector of Graduate Studies and Scientific Research], Mohammed Al-Shehri [Vice Rector of Health Specialties], Musaad Al-Salman [KSU Dean of the College of Medicine] and Ahmed Al-Arfaj [head of King Abdulaziz University Hospital’s ENT department].