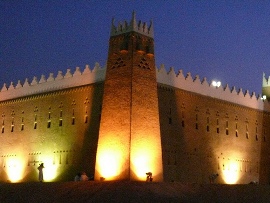 The two-week national festival, which will showcase some of the most exquisite examples of Saudi Arabian arts and crafts begins Wednesday, Feb. 23, 2011. Among the events are a camel race, folklore troupes, and recitation by famous literary figures, a poetry competition and performances of national dances. Artisans such as potters, woodworkers, metal smiths, basket makers and jewelers will demonstrate their skills.

Among the topics discussed by the committee, along with members of the Committee of Deans, were plans and recommendations to showcase KSU’s scientific excellence and community service and the importance of diversifying the partnership between cultural events and the research chairs at the university.

Dr. Said Al-Said, dean of the College of Tourism and Archaeology and the festival’s representative from KSU, said Rector Dr. Abdullah Al-Othman will be among the university officials attending in the festival.