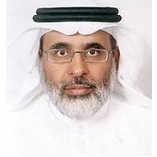 The purpose of the exposition, titled “Learn, Educate and Protect Yourself,” was to spread awareness about the disease, its complications and how to cope with it to diabetes patients and the general public. Besides educational displays and scientific lectures, the exposition included recreational activities and science competitions.

The opening ceremony was held under the patronage of Dr. Mussaad Al-Salman, dean of the KSU College of Medicine, and University Hospitals Supervisor Professor Mussaad Al-Salman, who was represented by Dr. Abdulaziz Alsaif, vice dean for Hospital Affairs.

KSU departments taking part were nursing, therapeutic nutrition, pharmacology and social services, along with the Center for Health Education and the National Diabetes Center.

The diabetes problem in Saudi Arabia and the Gulf in general is growing at an alarming rate, according to published reports, and KSU scientists, physicians and administrators are working around the clock to ease its burden.

One of the principal tools at their disposal is KSU’s National Diabetes Center, whose sole mission is to bring lasting improvements in the quality of life of people with diabetes.

World Diabetes Day, initiated by the International Diabetes Federation in 1991, aims to raise global awareness of diabetes in response to the alarming rise in its prevalence around the world. It has been celebrated ever since and is truly a global event. In December 2006, the United Nations recognized World Diabetes Day as an official UN day.