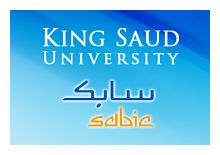 Construction of a clean and renewable energy plant that would generate electricity from solar and wind power was discussed during a recent meeting between King Saud University’s Dr. Salem Al-Deyab, supervisor of KSU’s Petroleum Research Chair, and Mr. Nafid Khan, technical director of the Saudi Basic Industries Corporation (SABIC).

They agreed that the plant could be the model for similar sources of energy to be installed throughout the Kingdom.

Dr. Al-Deyab emphasized that the 1.5 million barrels of oil daily to provide electricity in the Kingdom and any increase in consumption would increase CO2 emissions. He agreed that nuclear energy would be a welcome and viable alternate fuel to generate electricity, but said that it would be a costly process requiring at least a decade for the infrastructure to be established.

The KSU official also warned that construction posed catastrophic dangers and that the safe disposal of nuclear waste cannot be disregarded.

SABIC, founded by Royal Decree in 1976 and composed of six strategic business units and a manufacturing group,  converts oil by-products into useful chemicals, polymers, and fertilizers. The organization employs more than 30,000 individuals globally and has 60 manufacturing and compounding plants in more than 40 countries, its manufacturing network in Saudi Arabia consisting of 18 affiliates.

Based in Riyadh, SABIC is the Middle East’s largest non-oil industrial company and is one of the world’s leading petrochemical companies in sales and product diversity.

The KSU Petrochemical Research Chair was launched in 2008, its focus being on the application of petrochemical research and development, relying on the preeminent skills of its faculty and state-of-the-art laboratories.  The PRC also provides technical services, training courses, and its research to specialized companies.

The UEC was begun in 1984 and engages primarily in the acquisition and development of oil and natural gas products.