Dr. Saleh Al-Muhsen from King Saud University was among a research team that has discovered a novel immunity disorder, which is the main cause of chronic mucocutaneous Candidiasis disease (CMCD) in children. The high-profile research was published in Science, considered to be one of the world's most prestigious scientific journals.

Dr. Al-Muhsen, director of Prince Naif  Health Science Research Center, in collaboration with Jean-Laurent Casanova, senior and Principal investigator of the study and a part-time KSU professor and other investigators detailing their discovery, Chronic Mucocutaneous Candidiasis in Humans with Inborn Errors of Interleukin-17 Immunity, was published on February 24, 2011 in the academic journal, Science, considered the world's most prestigious scientific journals.

The study was conducted in collaboration with researchers from KSU’s Prince Naif Immunology Research center, and involved laboratories in Rockefeller University in New York, Paris Descartes University in Paris and King Saud University. The research team pinpointed genetic mutations that cause the condition, which is characterized by recurrent or persistent infections of the skin, nails, mouth or genitals. In doing so, the team has uncovered which parts of the immune system are broken to allow the fungus to overcome our T-cell immunity. 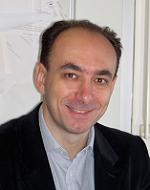 In addressing the importance of the discovery and its consequences, Dr. Al-Muhsen said, “Now that the causes are known, it will pave the way for exploring new therapeutic modalities with a recombinant form of IL-17A. Large majority of CMC patients are infants and those in early childhood, with the mean age being 3; however, the condition has been detected in patients of 50 years of age. The condition is believed to be recurrent or persistent superficial infections of the skin, mucous membranes, and nails. CMC does not represent a specific disease, but rather it is a phenotypic presentation of a spectrum of immunologic, endocrinological and autoimmunity disorders.

CMC is not associated with a high mortality rate. Major international scientific institutions have expressed a profound interest in the discovery, and prestigious medical publications such as Nature and Science have accorded the CMC discovery major attention. Nature, in its Middle East edition, focused on how “genes and immune proteins underlying the CMC disease” had been discovered.

Nature Middle East, a portal site for information on highly recognized scientific and medical research in the Middle East, recently published an article addressing the importance of the discovery and the significant contribution of King Saud University (add the link please), they have indicated that little has been known about how or why a person could be susceptible to the chronic mucocutaneous Candidiasis microbe until the breakthrough research in which the genetic mutations involved were identified.

Dr. Al-Muhsen and his research team continue to work with other laboratories on a larger cohort to discover the susceptibility of patients to genetic immune defects.