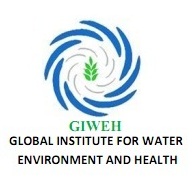 Dr. Mashaèl Bint Mohammed Al-Saud of King Saud University's Department of Geography and a pioneering researcher in the field of applied geomorphology at the Space Research Institute at the King Abdullah City of Science and Technology (KACST), was recently awarded a prestigious international award for scientific creativity.

At a March 22nd forum on “Sustainable Water Use and Management, Leadership for Positive Change” at the United Nations Office - Geneva (UNOG), where Dr. Al Saud was a guest of honor, the Global Institute for Water Environment and Health (GIWEH) presented Dr. Al-Saud with the 2011 GIWEH-scientific creativity award.

Dr. Al-Saud is a highly-regarded researcher at the Space Research Institute in King Abdul Aziz City for Science and Technology (KACST), and is the first female Saudi researcher in applied geomorphology (the scientific study of landforms). GIWEH said that Dr. Al-Saud received the award for her distinguished efforts in water research and participation in global innovation in the same field, in addition to her creative approaches to applied research, which has garnered her international renown. 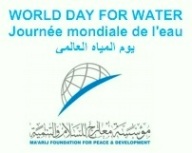 GIWEH’s Prize for Water is awarded annually to countries that develop and follow  practices in Water Resource Management. In past years, it has been awarded to Switzerland and France for their good models of transboundary water resource management, while South Korea won the award in 2010 for their Four Rivers project, which focuses on water, water handling, water technologies, water sensors and construction.

As an important expert on Saudi Arabian land issues such as rainfall, drainage patterns and groundwater storage, it seems fitting that she received the award on the occasion of World Water Day, which has grown in prominence since it was first observed on March 22, 1993. United Nations member nations devote this day to implementing U.N. recommendations and promoting activities within their countries regarding the world's water resources.

The theme for this year’s forum was “Water for cities: responding to the urban challenge”, and encouraged governments, organizations, communities and individuals to engage in addressing the challenge of urban water management.

GIWEH is a Swiss-based, non-profit technical, research and training organization in Geneva that is close to numerous international organizations and non-governmental organizations as well as multinational firms. It was formed in March 2007 under the initiative of Swiss, European and Middle Eastern scientists who graduated from several Swiss universities and their professors.