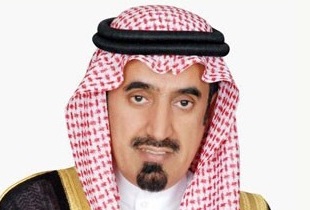 In the first decade of this century, however, many of the world’s renowned universities began seeing the benefits of strategic planning and adopted the approach in a time marked by rapid change. King Saud University was one of these universities and the concept is serving Saudi Arabia’s largest institution exceedingly well.

Three conditions coalesced to prompt KSU in its decision to adopt a strategic plan, which included the emergence of a visionary leader, Rector Abdullah Al-Othman; the results of an in-house study that recommended a set of ambitious proposals and aspirations for the University; and finally, a realization among individuals and constituencies within the University that issues of institutional direction needed to be addressed systematically and that some focus on its programs was essential to achieve and maintain excellence.

KSU’s strategic plan consists of key elements such as an educational process, a quality administrative environment, technical facilities, scientific research and community interaction. The objectives have been used to build an integrated, comprehensive, long-term process, scientific and community service, as well as playing a distinctive role internationally.

Achieving the objectives necessitated meeting a series of specifics such as the identification and analyzing the mission, addressing the academic needs for students and faculty, and the establishment of a partnership with the community. The University moved through the first four of a five-stage strategic planning process in smooth fashion. 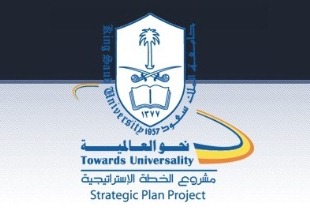 The University identified the stakeholders, the KSU vision and mission, and the fundamentals involved with the values. It identified its strengths and weaknesses, established priorities and collected data to define strategic options. Ultimately, the administration arrived at Phase V: preparations for the plan’s implementation, or in this case, “KSU 2030 Strategic Plan,” prepared by a specialized team with a specialized global consulting office that already had drafted long-term strategic plans for international universities.

KSU Rector Al-Othman believes that based on achievements and performance indicators, the University has made remarkable steps in reaching the preparation stage. Performance indicators reveal a thorough accomplishment of the plan’s objectives, as well as various initiatives – including the evolvement of university branches into independent universities, the adoption of a new vision for the preparatory year and the establishment of the University Endowment, which is funded by the Saudi government and private donations and aims to raise 25 billion USD.

The performance indicators also show the continuing fulfillment of the strategic plan objectives and initiatives such as increasing faculty publishing in international scientific journals and continuing its steady rise in international university rankings.

Rector Al-Othman said the University will take all necessary steps to accelerate the implementation of some of the plan’s objectives that the performance indicators have classified as urgent. These are the development of the community relations office, employment office, infrastructure campaign, student committees, performance agreement with the government and a reduction in deans and vice rectors.

KSU believes the progress reflects KSU members’ steadfast belief in the strategic plan, its effects and positive results. He said the University uses accurate scientific methods to gauge the performance of the plan’s implementation stages and he said the results underscore the important role of the task force entrusted with carrying out the plan in cooperation with various colleges and deanships.

KSU, he added, is keen to closely monitor the progress of every stage implementation, including the formulation of strategic plan concepts, the selection of the promising ideas and the evaluation of what has been achieved. The University has offered training programs to all colleges and deanships concerning the professional application of the performance scorecard, which measures the progress of implementation by university units.

While the plan’s formation reflects the combined effort of two teams, government and the private sector played an integral role.

“King Saud University, the nation’s premier university, aims to implement real partnerships with society,” Rector Al-Othman said. “Its development plans flow towards the most vital objective; that of serving society. Examples are the medical city which aims to serve the well-being of citizens, an educational city for female students and new faculty accommodation facilities, which will ultimately improve the teaching environment.

“More examples of the strategic plan's ambitions is its support for the Riyadh Techno Valley and the University Endowment, which will ensure the sustainability of financial support without relying on the state.”