An estimated 1,000 patients are annually treated for glaucoma at the King Abdulaziz University Hospital’s department of ophthalmology in Riyadh, and while no statistics are available for the Kingdom’s overall incidence of glaucoma, the eye disorder is considered the first or second major cause of blindness for many countries throughout the world.

It was with this in mind that in 2008, King Saud University established the Glaucoma Research Chair, led by Dr. Saleh A. Al-Obeidan and featuring chair professor Dr. Philippe Kestelyn. It is devoted to studying the disorder’s genetic causes, identifying the indicators to help in the identification process and developing new treatments to eliminate the disease.

Glaucoma, commonly called 'blue water', is an eye disorder in which the optic nerve suffers deterioration, permanently damaging vision in the affected eye and often, although not always, is associated with increased pressure of the fluid in the eye. These conditions frequently lead to blindness, but early detection makes surgery or medication potential options to eliminate the danger of blindness or at least significantly slow the process. 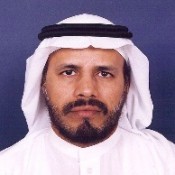 Glaucoma can be divided roughly into two primary categories, "open angle" and "closed angle" glaucoma. Closed angle glaucoma can appear suddenly and is often painful; visual loss can progress quickly but the discomfort often leads patients to seek medical attention before permanent damage occurs. Open angle glaucoma is chronic and tends to progress at a slower rate. The patient may not notice the loss of vision until the disease has progressed significantly.

In addition to Dr. Kesteyln and Chair supervisor Dr. Saleh A. Al-Obeidan, assistant professor of ophthalmology in KSU’s College of Medicine, the chair includes seven other members of the research group and four members of the technical oversight committee. In the Chair’s brief existence, it has launched an ambitious crusade to diminish the eye disorder and create an awareness of glaucoma throughout Saudi Arabia. They have progressed with a program driven by five primary objectives including: