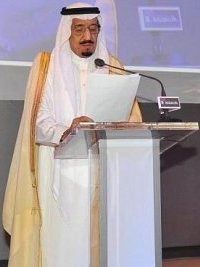 The Prince Salman bin Abdul Aziz Chair for Historical and Civilization Studies of the Arabian Peninsula was launched in December 2009, when an agreement was signed between King Saud University and the King Abdul Aziz Foundation for Research and Archives (Darah), an organization dedicated to supporting expertise in the history, geography, literature and heritage of Saudi Arabia, as well as other Arab and Muslim countries.

The Chair organized its first workshop at the Darah headquarters in June 2010 and was officially inaugurated in July 2010 in a ceremony attended by HRH Prince Salman, KSU Rector Abdullah Al-Othman and the Secretary-General of Darah, Dr. Fahd Al-Sammari.

KSU history professor Abdul Aziz Al-Helabi, the chairman of the 5th International Symposium for the History of the Arabian Peninsula, notes that the Prince Salman Chair works to support researchers and postgraduate students in the history of the Arabian Peninsula, support international seminars, publish research findings and establish research partnerships with other academic centers of history. 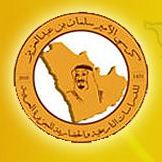 The Chair hopes to ultimately fulfill its vision of achieving international leadership in the academic studies of Islamic and Arab civilizations and history. KSU has provided it with the technical and financial support needed to conduct quality historical research, as well as a diverse and highly specialized research team. In addition, the Chair attracts ambitious young Saudi students to its program, cultivating a new generation of researchers.

Through strong and reliable scientific studies, the Chair aims to bridge historical, anthropological and geological studies with the Hadeeth, a term used to denote a saying, act or tacit approval, validly or invalidly, ascribed to the Islamic prophet Muhammad (PBUH), leading to an accurate documentation of history.